Sariel’S LEGO Robot Hand was Built in a Weekend

Sariel has just created this amazing robotic hand, that he built using only LEGO Technics parts. It took him just a weekend to come up with his build, that he appropriately calls The Hand. I don’t know what it is with all the LEGOs this week, but there’s just some awesome stuff out there! 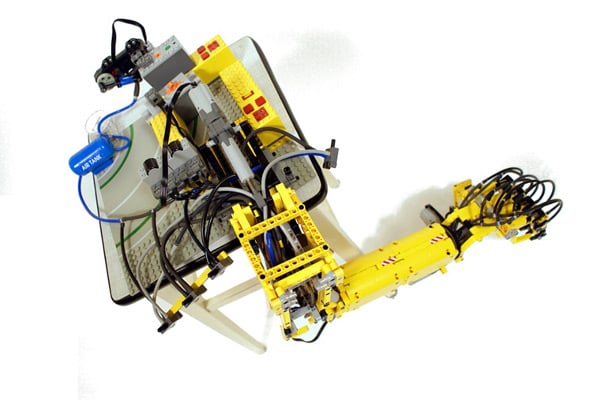 Sariel says that the most complex part of this was obviously the hand with all of its moving parts. The arm is fully articulated as well, and uses a combination of electric motors and pneumatic valves for movement.

I’m amazed at how little time he needed to make this, though if you watch the preceding video, you’ll notice that the arm isn’t that easy to control. Still, the range of movement that has been achieved is impressive. The arm can fully rotated. The index finger and the thumb can be independently controlled from the other fingers. It can exert a maximum pressure of 20PSI. 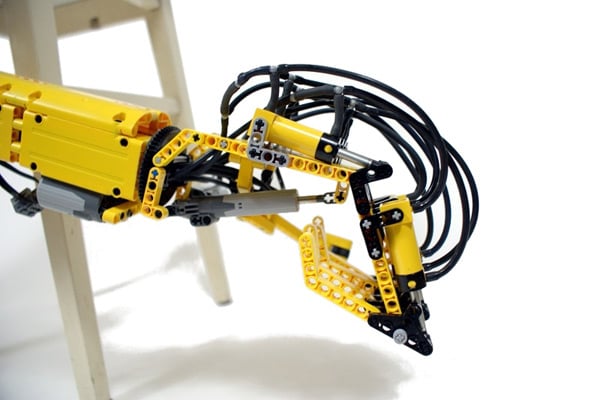 All that’s left for Sariel is to build a LEGO Terminator!