Japanese Wrist Phone: Big Brother is Watching You Slack Off

It looks like nightmares are becoming a reality for the Japanese. A new cell phone from KDDI, that’s packaged attractively as a wrist phone, will be able to tell if you’re slacking off at work. It will then rat you out to your boss! 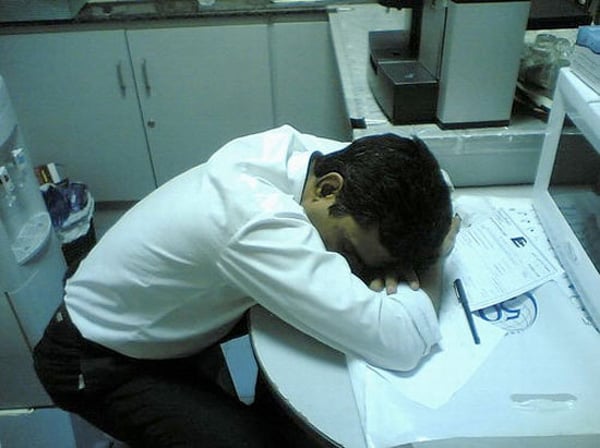 This is definitely some Orwellian technology. The phone’s accelerometer is sensitive enough to track the movements of your arm. If don’t move a lot, the phone will report you to your boss.

KDDI claims that it can tell if you’re walking, going up stairs, or cleaning. It will also tell if you are taking a snooze, spending time idling. I can just imagine the situation. A new salary-man gets a job and to top things off, he gets a brand new wristphone watch. A month later, he’s informed that he lost his job because he wastes too much time doing nothing. No thanks.