Ever dreamed of having a your very own Xbox 360 laptop? Well if you’ve got some money to spare, you can bid on this portable Xbox 360 over on eBay. 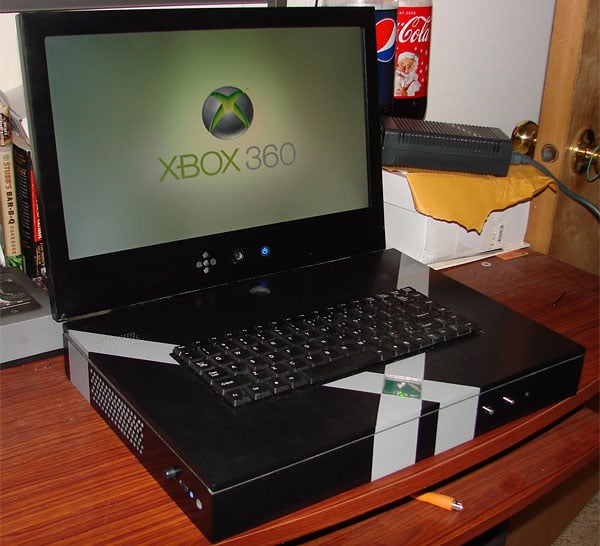 Modder TheTwoJ and his friend spent over $2000 and 650 man-hours to build this bad boy, so it really deserves a loving home.

At the heart of the Xbox 360 portable luggable is a brand-new Elite Jasper, hooked up to a widescreen 17″ Gateway LCD monitor. The case was completely hand-built and has a full QWERTY keyboard, and a built-in Xbox Live Camera in the lid. The laptop also has an integrated wireless adapter and a 120GB hard drive under the hood. And if for any reason you want to play games on a bigger monitor, there’s a switch to send your display output to an external VGA port. 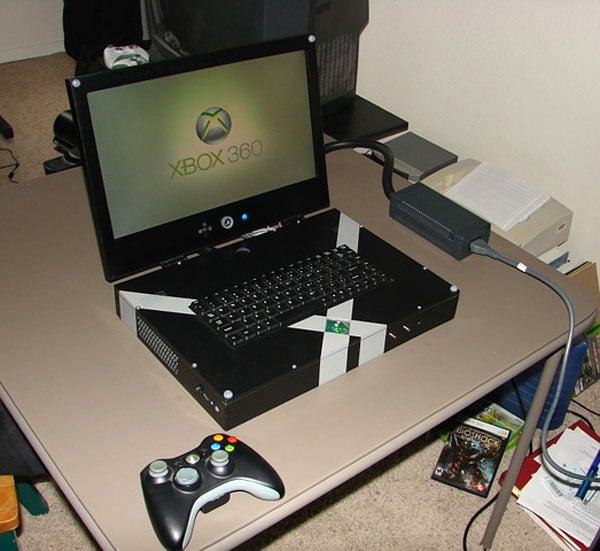 The system still requires the gigantic-ass Xbox 360 power brick to run, but at least TheTwoJ was kind enough to mod it to provide power to all components with a single cord. Unfortunately, there’s no way to run it on batteries, but it’s highly doubtful you could operate this power-hungry thing for long without a car battery or two anyhow. 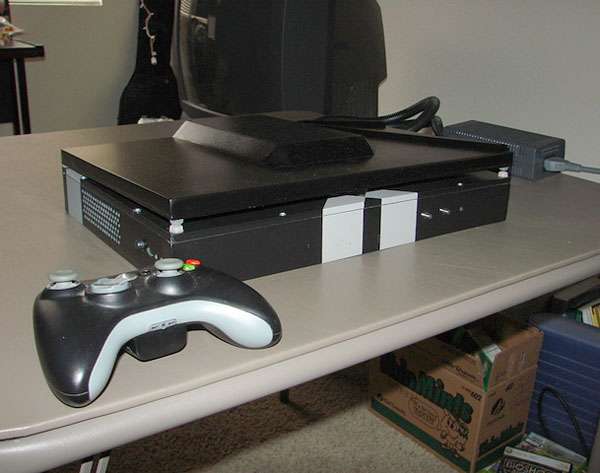 In order to keep the 360 cool inside this case, he loaded up the X-Top with lots of fans. I’m hoping that it’s not actually as loud as it sounds in the video clip below, and that’s just the microphone that’s really extra sensitive to noise. Check it out for proof that the X-Top really works:

And if you’re concerned about the whole thing overheating TheTwoJ says not to worry. He’s been putting the X-Top through its paces for about three months now without a hitch. You can check out the full build log over here, and if you’re ready to throw your hat into the ring to own this, head on over to eBay now.