As Wired‘s Charlie Sorrel said, books contain much of human knowledge, but they are quite hard to preserve or archive compared to other media. A setup invented by professor Masatoshi Ishikawa and his team at the University of Tokyo could change all of that. Ishikawa and company are working on a high-speed camera that takes 500 shots per second. One simply flips a book’s pages in front of the camera, and custom software takes care of aligning and flattening whatever distorted pages were captured. 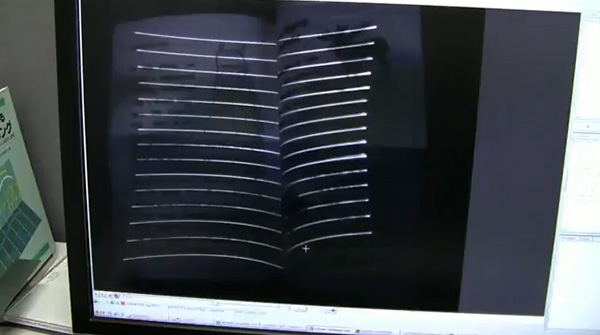 Watch and be amazed. Freakin’ magic:

I really hope this technology gets refined and popularized. The benefits that the human race would gain from a digital, searchable database of all the world’s books and other written text is immeasurable. As amazing as that sounds, that may just be a part of Ishikawa’s awesome gifts to the world: at the heart of the scanner is what he calls the Super Vision Chip, and he and his team are looking at other applications for it, such as tracking individual bacteria and building a motion-capture system for video games.

[via Wired and IEEE Spectrum]