Mili Power Skin Protects Your iPhone and Juices It Up

Sometimes I feel like the horrible battery life on my iPhone is some sort of cruel joke Steve Jobs has played on me personally. Play games for 45 minutes and you had better be close to an outlet if you want to make any phone calls. 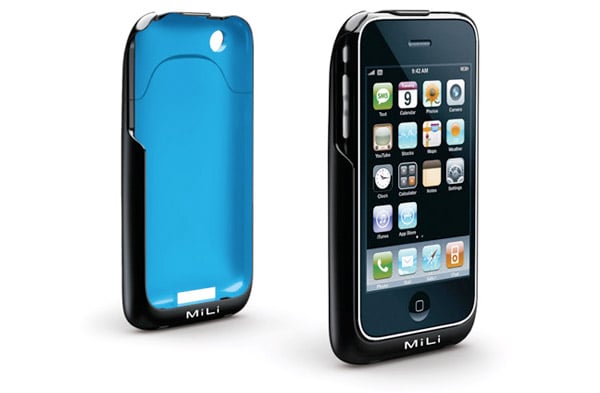 Thankfully, MiLi has announced a couple new products for the iPhone to help keep it juiced up longer. The company claims to have the world’s thinnest external battery and protective case called the Power Skin. The device has a 1200 mAh battery inside promising double the run time for the iPhone 3G and 3GS.

It also has USB pass through for charging and synchronization and will sell alone for $69.95 (USD). The company also has what it claims to be the world’s smallest mobile phone USB charger called the PocketPal. It charges any USB device from the AC outlet and sells for $19.95. Both items in a kit will set you back $79.95.