Japanese IT company NEC claims they have developed “a video content identification technology that detects illegal copies of video content uploaded to the Internet in a matter of seconds.” I’m not entirely sure how this works, so bear with me on this one. According to the company’s press release, the software tags each frame of an original video. It can then be used to scan another video, get its own “video signature” and compare it with the original video’s signature. 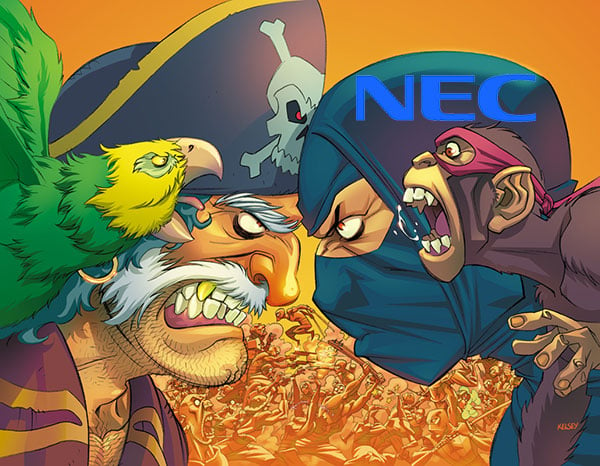 NEC claims that their technology has an astounding 96% average detection rate, and can even detect 2-second clips, yet generates a relatively small amount of data and can be operated by a lowly 3GHz single-core-equipped PC . From what I understand the program can’t snuff out torrents; I think it’s primarily aimed at videos hosted online in sites like YouTube or Megavideo. Check out NEC’s press release at Akihabara News. If you can explain in simple terms how the app works and what this means in the larger scheme of things, feel free to drop us a line (or ten) in the comments.