They say if it walks like a duck, and quacks like a duck, then it’s a duck. That saying can certainly be applied to the netbook world. You can call a netbook whatever you want to call it, but I know one when I see it and you can’t convince me it’s worth twice as much as its competition just because you don’t call the machine a netbook. Such was the case with the Litl Webbook. 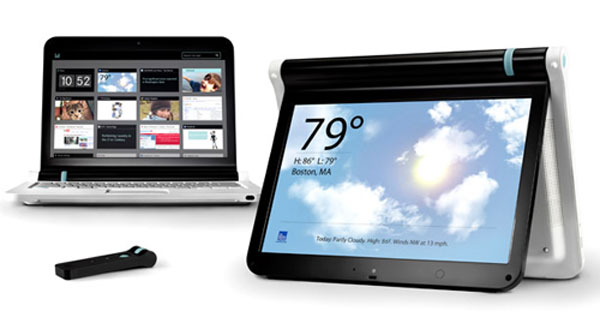 This thing turned up in November of last year and was nothing but a netbook with a custom OS that promised to be simple. In my opinion, netbooks aren’t really complex devices to start with. Regardless, the Litl Webbook was aimed at the person wanting to watch video and surf the web.

It could be stood up like an easel for a TV style watching experience and that was its only really different feature amongst its peers. The big downside was the machine was priced at $699 (USD), making it way more than it was worth – and way more than just about every netbook on the market. The Webbook has now been price cut to $399, but me thinks the lower price is too late. There are many other options on the market today that will do what the Webbook does for less money. Maybe Litl’s next venture will play out better.