Samsung Sets Dodgeball World Record. Why? Why Not?

I was never a big fan of dodgeball growing up. I didn’t throw that hard and the coaches always stacked the teams with the kids that could throw the hardest so they could watch the carnage. Those dodgeballs may be soft, but taking one to the side of the head from four feet away leaves a mark. 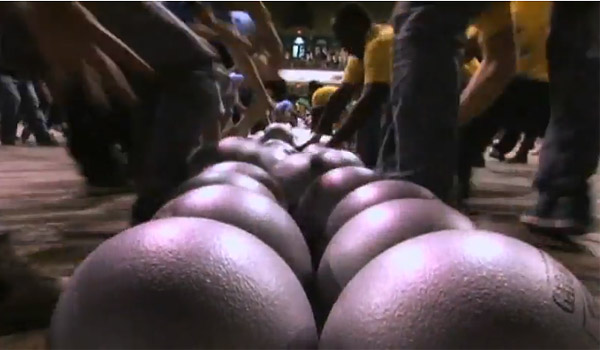 Apparently with the desire to see the same carnage but on a much grander scale, Samsung decided to celebrate the launch of the Reality handset on the Verizon network by setting a Guinness World Record for the largest dodgeball game ever played. The game had 712 players and used 600 dodgeballs. No one can say Samsung doesn’t have balls now. Check out the video below for the fun:

The game was played in NYC at the 69th Regiment Armory. The blue team won the game and the balls were donated to local youth organizations. I’m not sure what dodgeball has to do with the Samsung handset, but whatever.