Nintendo 64dd Collection on Ebay: a Console Only a Collector Could Love

A Nintendo 64DD along with all the games that have ever been made for it –all nine of ’em! – are up for grabs on eBay. For those too young to remember, the Nintendo 64DD was an add-on console to the Nintendo 64. The combo was supposed to match up with then newcomer, the PlayStation. It used proprietary 64MB disks, kinda like the old Zip drives. It took 4 years of feet-dragging by Nintendo for the 64DD to be released, and even then only a few units and games were produced. Which makes this stash a rarity, and a must have for video game collectors. I think. 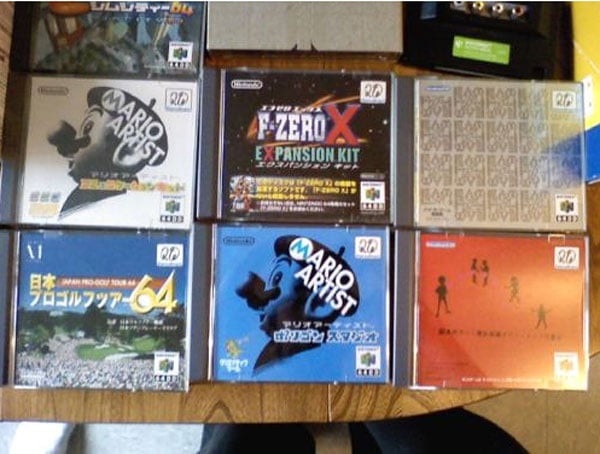 Included in the collection are a 64 DD, a couple of Nintendo mice and keyboards, all 4 Mario Artist games, Doshin the Giant 1 and 2, the “really hard to get” Doshin the Giant demo disk, Japan Pro-Golf Tour 64 DD, SimCity 64DD and an F-Zero X expansion kit. There’s also a Game Boy Pocket Camera for use with the Mario Artist games and a Capture Cartridge, which apparently is a device used to take Mario Artist-compatible photographs using a camera with RCA inputs. There are already 9 bids for the collection, so it is sought after to some extent. Place your bid now at eBay; bid starts at $510 (USD), or if you’re rolling in dough, you can buy it outright for $1,300.