I guess the guys in China felt they had to try and keep up with Japan and their gigantic robot creations, and built themselves an enormous Optimus Prime of their own. 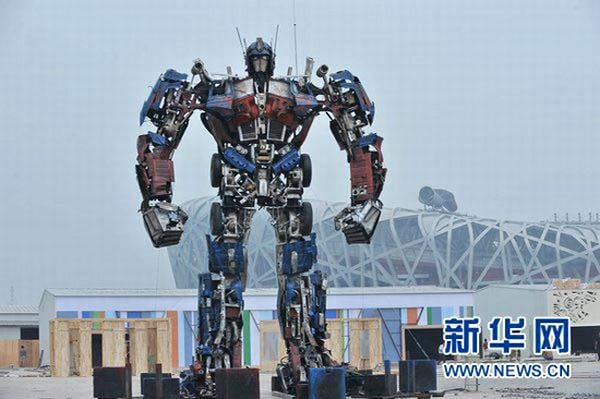 Standing 32-feet tall, and residing just North of the Bird’s Nest at Beijing’s Olympic Park, the giant Transformer might not be as tall as giant Gundam, but you have to hand it to the Chinese for their ingenuity. You see, Optimus Prime was entirely recycled. He was built from 10,108 junk parts. 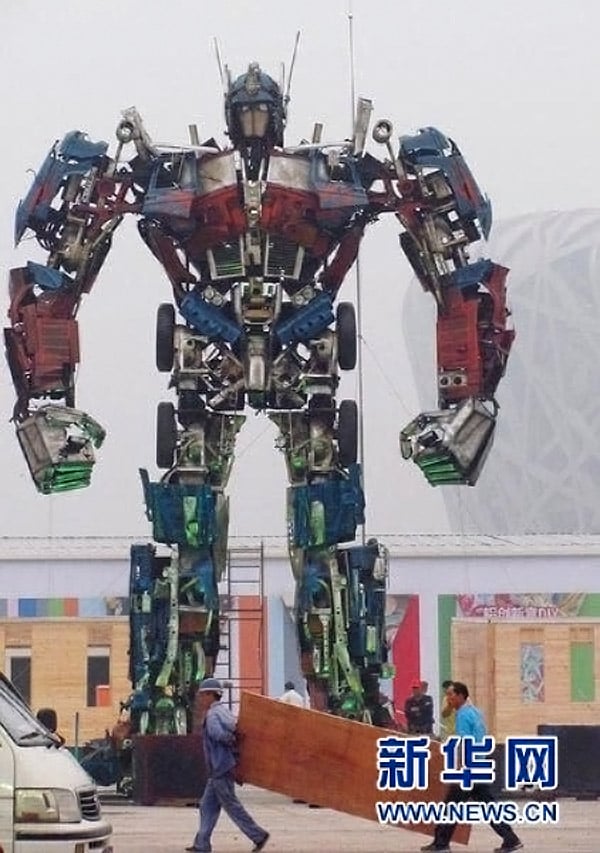