When Haiti was struck by an earthquake last January, the country’s mobile phone network was out for two days, and did not resume normal operations until after a week, which made the situation ever more tragic, because it’s during disasters like that when communication devices are needed the most. Fortunately, a group of scientists based in Australia are working on systems that will enable mobile phones to function without the need for expensive infrastructure. Dubbed the Serval Project, the scientists have developed two primary systems: one is a temporary mobile network that uses small towers that can be dropped by aircraft, while the other one is a more permanent solution that uses WiFi-enabled phones to create a “mesh-based phone network.” 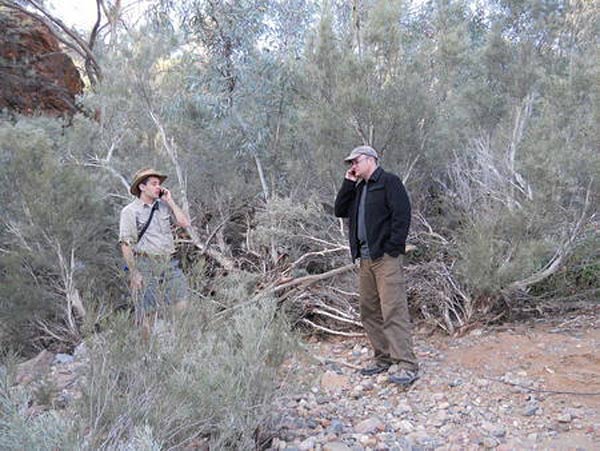 Headed by Dr Paul Gardner-Stephen, Dany Rakotopara and Romana Challans, the Serval Project – named after an African wildcat – is meant to be integrated into existing mobile phone systems, and will kick in when the major network is down, ensuring that people will still be able to communicate. But I’m very interested in the second system, the project’s Wi-Fi-enabled “Batphones”: “Dr Gardner-Stephen said the device essentially “incorporates a compact version of a mobile phone tower into the phone itself.” It uses the Wi-Fi interface in modern Wi-Fi-enabled phones, carrying voice over it in such a way that it does not need to go back to a tower anywhere.” Sounds a bit like how BitTorrent works.

To be honest, I didn’t get a lot from the video. Nevertheless, the Batphone seems like a pretty neat idea. The Serval team is now working on improving the range and sound quality of the system, and they say that it could be operational within 18 months if they receive enough funds. I wonder if the Wi-Fi-based system can be used as the main means of communication between mobile phones. Maybe this would solve AT&T’s problems.

Check out the Serval Project’s website and the link below for more info.