Lockwasher Robot Sculptures Whirr Their Way Into Our Hearts

Lockwasher creates these amazing robotic sculptures using objects that he found. I like the BR2D2, which is also called the BeertooD2, made from an old can of Heineken back in 2008. A second model, the BeertooD3 was created last year. Since then, Lockwasher has been busy working on new robots. 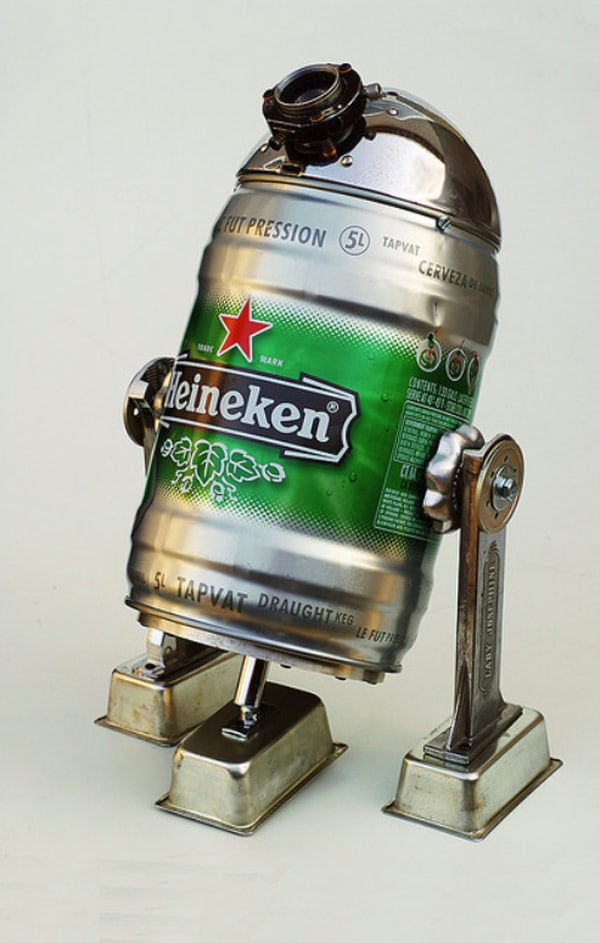 All of these ‘bots are made from reclaimed junk, and I think it’s a great reuse of stuff that you can find in trash. Initially, Lockwasher was intent on making rayguns (just like any mad scientist would do, right?) He soon saw that he need some robotic accomplices, so he started using his heaps of trash to make junkbots too. 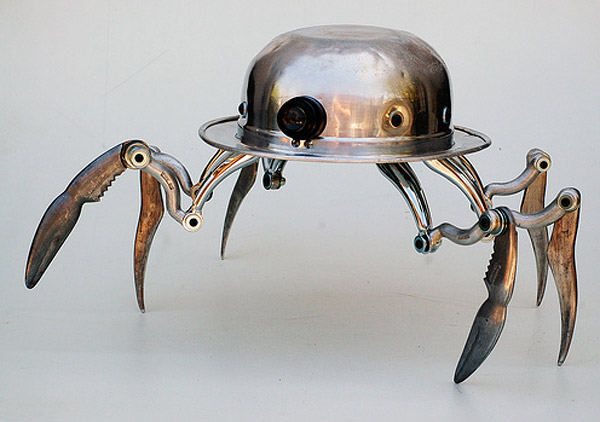 The updated BeertooD3 features a flashlight as his ‘eye’. The other ‘bot in this post is named Doris and was inspired by Disney’s Meet The Robinsons. You can check out more of Lockwasher’s cool retro-junk creations over at his Flickr photostream.