If the vampire frenzy has just hit you, then undoubtedly, you’ll love this shower gel that looks like a blood bag. No, it doesn’t go into your vein, but into your shower stall where you’ll be able to have some strange, kinky fun. 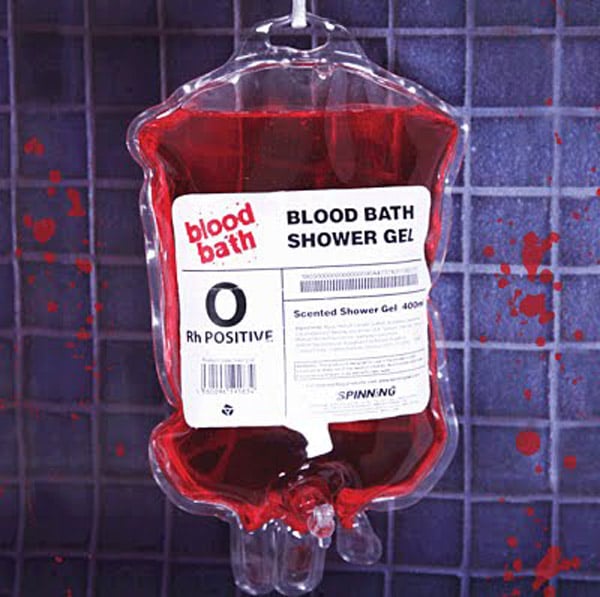 Now, don’t go trying to recreate scenes from Twilight – only the gore-filled ones from True Blood – or any other bloody horror film. But every time I think about Twilight, I puke a little in my mouth. OK, that’s not true, but I just can’t stomach sparkly, teeny-bopper vampires.

Blood Bath Shower Gel allows you to get clean after a long day fighting werewolves and armies of the undead. It comes in a cherry scent, which is good because if it smelled like a morgue, you’d have problems at work.