While we’re probably still looking at a 2011 or later release for Nintendo’s next Wii console, the rumors have started to fly on exactly what sort of technology might live under the hood of the next-gen console from Nintendo. 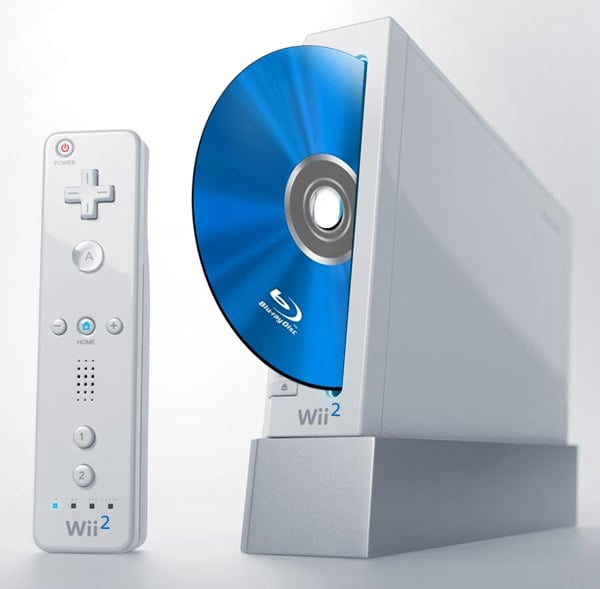 Back at the end of 2009, a rumor surfaced about how the console might include Blu-ray and HD video capability. According to the guys at GirlGamersSuck (Don’t blame me for the name of the site), a “reliable source” inside Nintendo confirmed that the Wii2 (or is it Wii-Two or Wii 2?) would sport not only 1080P HD video, but a Blu-ray drive as its primary media. In addition they mentioned a “realistic timescale” would be a 2011 release date.

Now given the fact that the hardware costs for such tech continue to drop, and the market expectations for video quality continue to rise, I can’t see any reason the Nintendo won’t include the capability. That said, the Big N has been known to focus on gameplay and controller ingenuity over hardware specs, so you never know. Guess we’ll just have to wait a little longer to see what they come up with.

And yes, I know the picture above is Photoshopped – I did it myself.