Eat Them! PS3 Game Asks Us to Crush, Crumble and Chomp Once More

This unusual new game from Sony puts you in the role of a giant beast, roaming through town, stomping on buildings, and yes, eating citizens. Yum. 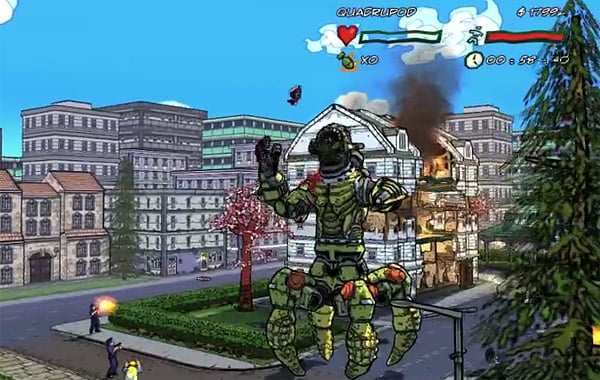 With a name like Eat Them!, would you expect anything less? The new downloadable title from FluffyLogic was shown off at this week’s GamesCom show in Germany. In the game, you create custom monsters, and do your best to avoid being destroyed by the army while you smash the town and its people to bits. To me, it looks like a modern-day remake of games like Rampage or Crush, Crumble and Chomp!

Here’s the preview trailer if you want to get an idea of the gameplay:

Expect Eat Them! to stomp its way onto the PlayStation Network this December.