Apple today took wraps off their brand-spanking new Apple TV, and it’s taking the device in a new direction from previous models. By removing the hard drive, and moving to a streamed-only delivery model, Apple was able to both shrink the Apple TV and get the price way down. 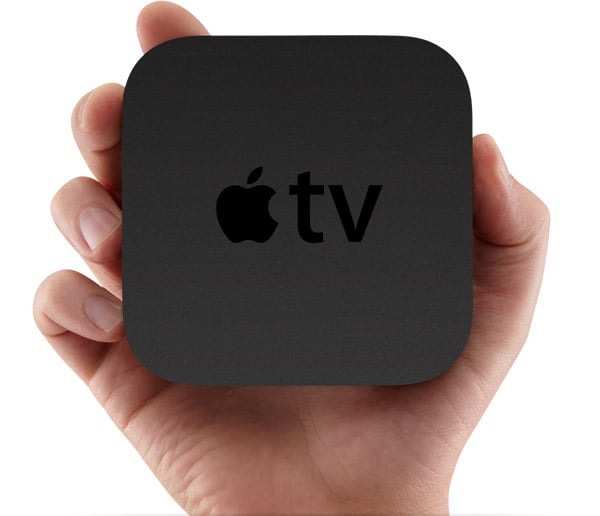 The first thing you’ll notice about the new Apple TV is just how tiny it is. The miniature black box measures in at just 3.9″ x 3.9″ x 0.9″ and has a black case which lets it hide nicely amongst most home theater gear. To go along with the hardware, Apple announced HD movie rentals for $3.99 and individual TV shows rentals for 99 cents an episode. You have 30 days from renting to press play, and another 48 hours to watch from when you start. 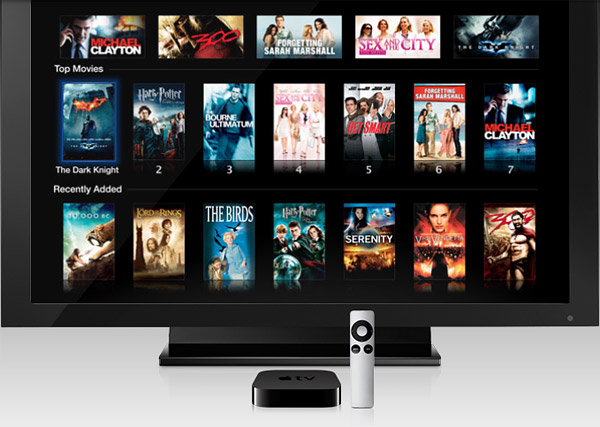 The new Apple TV has built-in 802.11b/g/n Wi-Fi and can stream shows from mulitple sources, including your PC, Mac, or even your Netflix account. Plus, Apple has added the abillity to wirelessly stream programs stored on your iPod Touch, iPhone or iPad. Plus, you’ll can remotely control the Apple TV from your iPhone or iPod Touch (The app should work on your iPad too, but it’s not specifically mentioned on the Apple website). 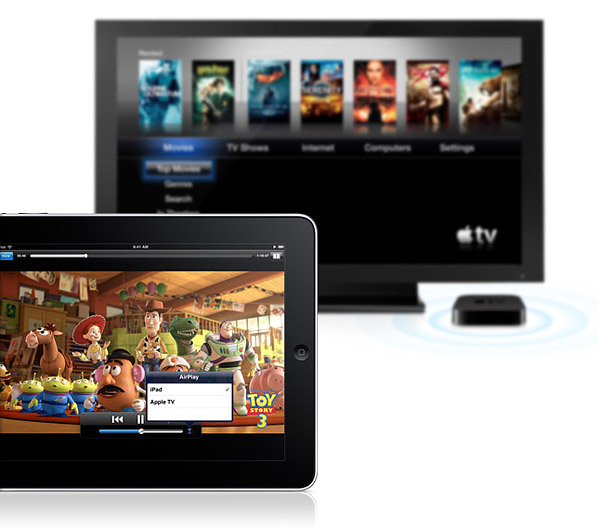 Thanks to a powerful A4 chip, the Apple TV can crank out 720p video at up to 30fps, and can connect to your TV using an HDMI cable for optimal display quality. While there’s no word on the operating system inside the Apple TV, the fact that it runs on an A4 chip means that it could someday run apps just like iOS devices.

So the best part about the latest Apple TV is the price. The device sells for just $99 (USD) and is available for pre-order now over at the Apple Store. Apple hasn’t specified an exact delivery date yet, but is listing it on the site a “Ships September” so you should be able to get one pretty quickly.

With Google and Boxee both coming out with their own low-cost TV media boxes in the coming months, it’ll be interesting to see how the set-top box war of 2010 shakes out.