Kawada Humanoid Robots Get Ready to Take Over Japan

Japan’s population is getting older, and they need robots to take care of all of them. This is almost a plot out of Ghost in the Shell: Solid State Society, but it’s actually reality because AIST and Kawada Industries are releasing their new line of humanoid ‘bots, the HRP-4 series. When will the rest of us get them? Never! Only in Japan, for now at least! 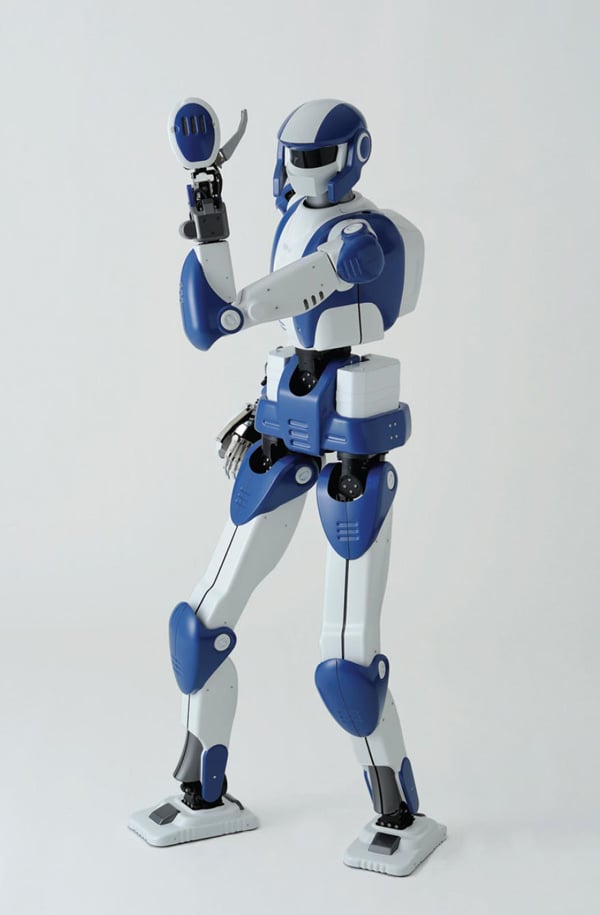 Their new ‘bot is supposed to look like a slim athlete. I think that’s probably anthropomorphizing it a bit much. The HRP-4 stands 5 feet-tall, weighs 86 lbs. and runs on UNIX (but can’t actually run, despite its athletic physique.) It can even fit a small laptop in its backpack in case it wants to watch videos of cats on YouTube. The video below shows you the HRP-4 in all its robotic glory.

I find it’s movements a bit slow, but that’s just me. To be really useful, these robots need to be able to move faster so they can chase us humans down and kill us.