Ah, SNES emulation. It’s like a rite of passage for any jailbroken system powerful enough to run it. I’m sure that when the PS6 is hacked in 2040, people will still install an SNES emulator on it. It’s human nature. Actually this isn’t the first time for SNES emulators to run on the PS3, but whereas before they ran on top of Linux, now the emulator is a standalone piece of software. 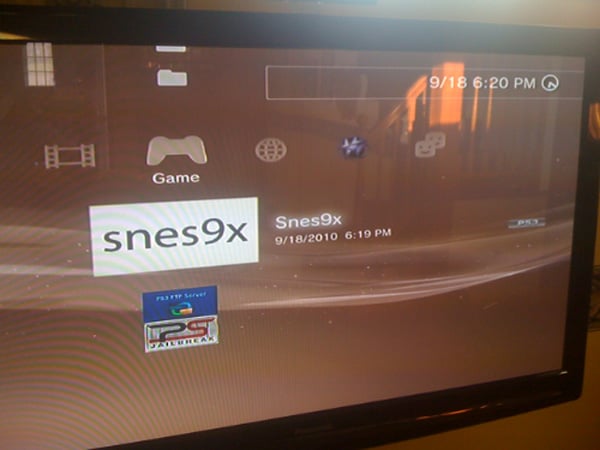 As you can see, it’s a port of the popular SNES emulator Snes9x. Currently the software lacks critical components, as in you can’t save yet and it has no UI whatsoever, but those things will be added sooner rather than later, as sure as the sun rises. The bottom line is that it works.

A piece of advice: if you’re going to post a video of you doing shady stuff like this, make sure you don’t give away anything that might lead to your identity. But I’m sure you’ll be fine, Insaneskillz. Oh, and one more thing:

Yep, someone’s working on a Dreamcast emulator for the PS3. And you bet your excited little ass that someone out there is working on a PS2 emulator as well. You had a good four years, PS3. If you think you’re in trouble, just look at your little brother. The PSP’s been hacked to death, I’d only be half surprised if a PS3 emulator gets installed on it. Finally, don’t even bother asking how to jailbreak a PS3 or install the emulator.