I’ve played with a bunch of different news readers for my iPad, and while most of them seem to get the job done, I’ve only come across a couple which really take advantage of the iPad’s native capabilities. FLUD is one of the few out there which really do the iPad justice. 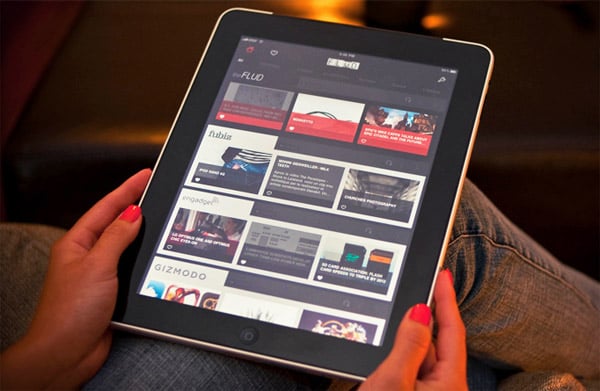 Unlike most readers which simply show a list of items from your RSS feeds, FLUD automatically selects images from feeds and displays them in a visually attractive format which suits fingertip interactions. Each story from your favorite sites is displayed as a thumbnail with its headline, and a simple finger swipe can be used to browse through stories quickly. Vertical swiping lets you browse multiple news sources, while horizontal swiping lets you browse individual posts from each feed. A tap on the thumbnail opens up the full story in a secondary pane. 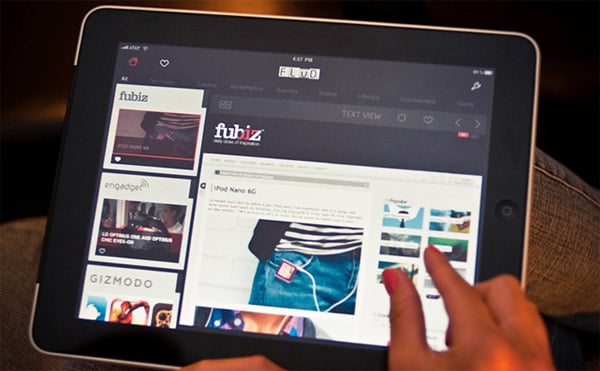 Once opened up, you can easily toggle between an easy-to-read text view or see the full web page in the embedded web browser. It also works in both landscape and portrait modes, but I found the portrait mode to be more useful if you plan on viewing web pages while browsing feeds. And you can easily bookmark or share interesting posts from either the FLUD home page, or from individual posts. 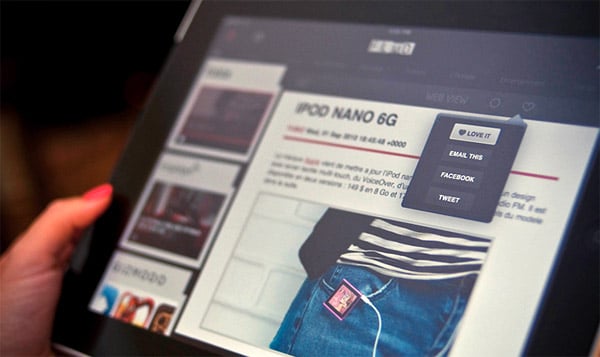 Adding feeds is really easy, and you can either search through FLUD’s database of available feeds or sync up with your Google Reader account, selectively including feeds to show on the FLUD screen. You can also categorize feeds into high-level groups like “Technology” or “Business”. Now for someone like me – with over 1400 feeds in my reader – I wouldn’t want to display them all in this format, so it’s nice to be able to selectively grab only the ones I want on the FLUD home page. However, if they could come up with a format which would allow me to browse and favorite thousands of feeds quickly for interesting images, that would be a godsend for myself and countless other bloggers, I’m sure. 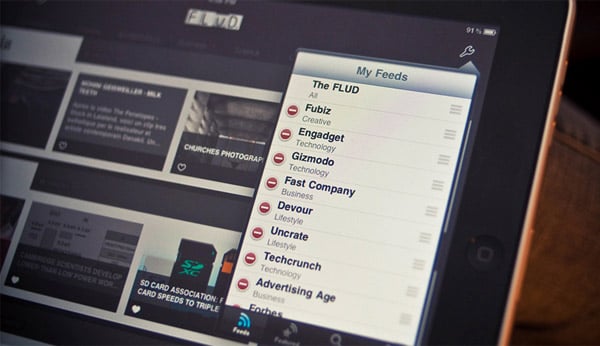 The video clip below gives you a nice look at FLUD’s user interface in action. Keep in mind that this video was shot on a pre-release version, and the developers have continued to refine the interface and smooth out performance since they shot this. The current version is incredibly fast and smooth on a Wi-Fi connection. Unfortunately, it doesn’t cache content for offline reading, but hopefully they’ll get that worked into a future version.

Overall, I’m very impressed by FLUD. It provides a really nice way to interact with your all your news on your iPad, converting RSS content into a format which is well suited to the iPad, while still allowing you to view the original web pages without leaving the app. You can grab FLUD over at the iTunes App Store now for just $3.99 (USD).