Uh, well not really. But if you want a hard drive that LOOKS like a Nintendo Wii, have I got something for you. 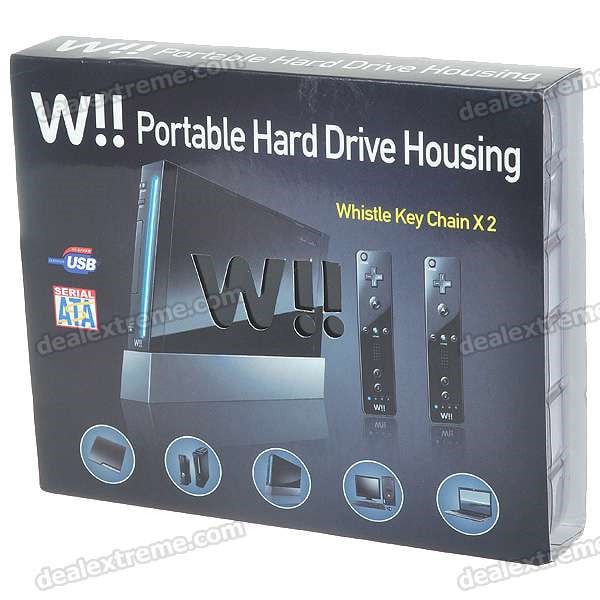 The guys over at schlock-shop DealExtreme have gotten their hands on these hard drive enclosures that look like a miniature black Wii. It’s actually called W!! (which looks a whole lot like Wii with the ‘i’s upsidedown.) It’ll house any 2.5″ SATA hard drive, and provides a USB 2.0 interface for connecting your drive to your PC, Mac or Linux machine. 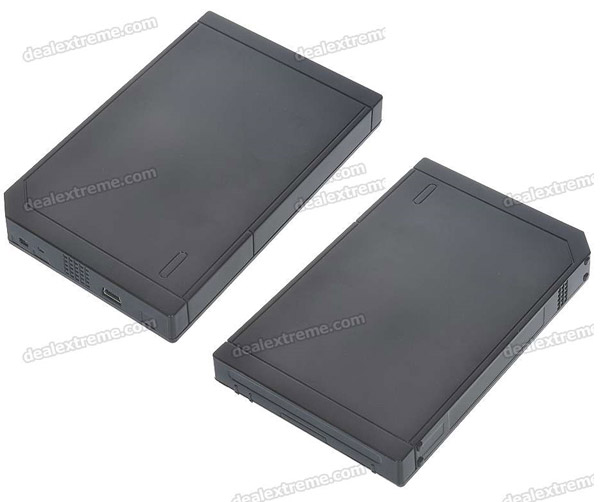 In keeping with the Wii theme, they throw in a couple of tiny Wii-mote keychains which double as whistles. What do whistles have to do with a hard drive? Nothing – but we like it anyhow. 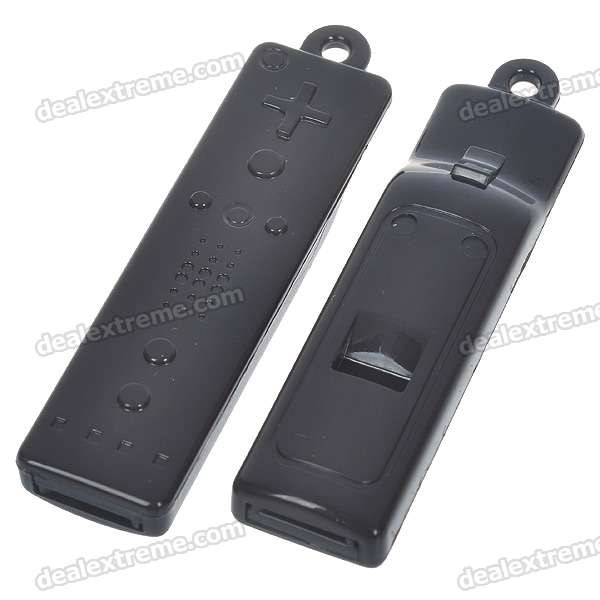 Priced at a whopping $9.70(USD), what’s not to like? Head over to DealExtreme and grab yours now.