Own Your Own PS3 Slim Laptop

Ever wanted a Playstation 3 laptop, but didn’t have the DIY chops to make your own? Well modder low_budget has a solution for you. He’s making PS3 Slim laptops and started selling them on eBay. 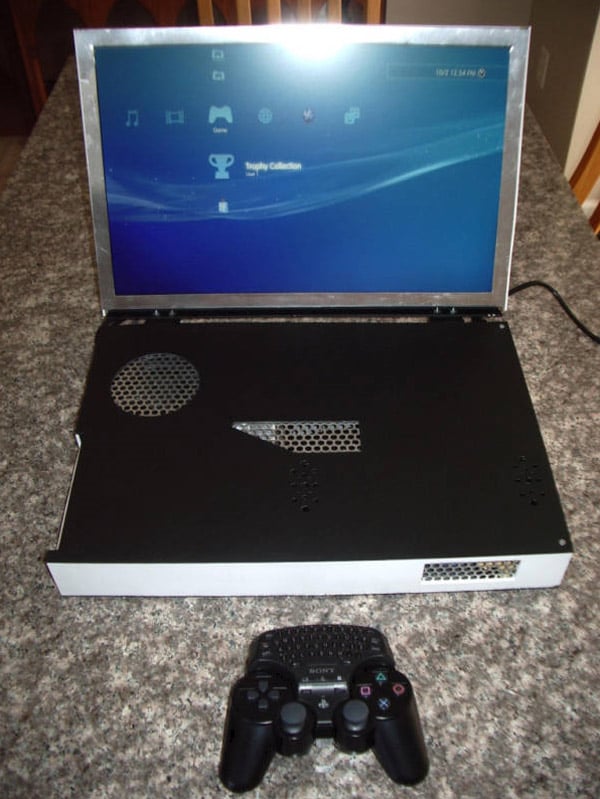 The first one just recently hit the auction block, and it looks like it’s pretty nicely constructed. It’s based on the internals of a full PS3 Slim, with a 250GB hard drive on board. The case is built from a durable aluminum frame covered with a polystyrene top and sides. 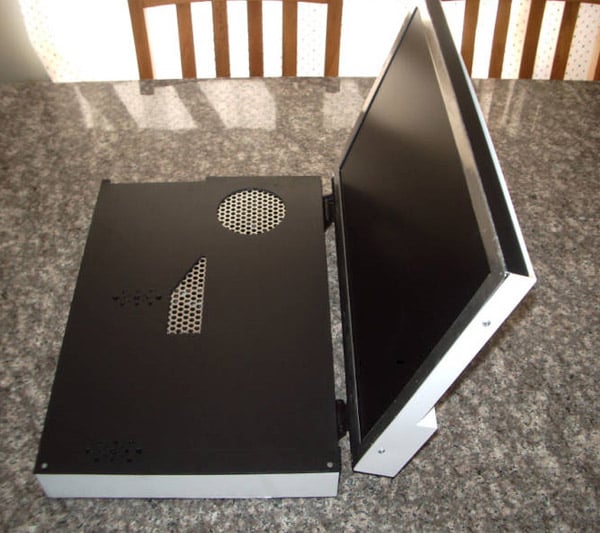 There’s a 19-inch 1440×900 LED/LCD monitor in the lid, attached digitally to the PS3 via an HDMI-DVI connection. The laptop also features a 2-watt stereo amp and speakers built-in. There’s also no need for an external power supply. Pictures of the build can be found over on ImageShack. 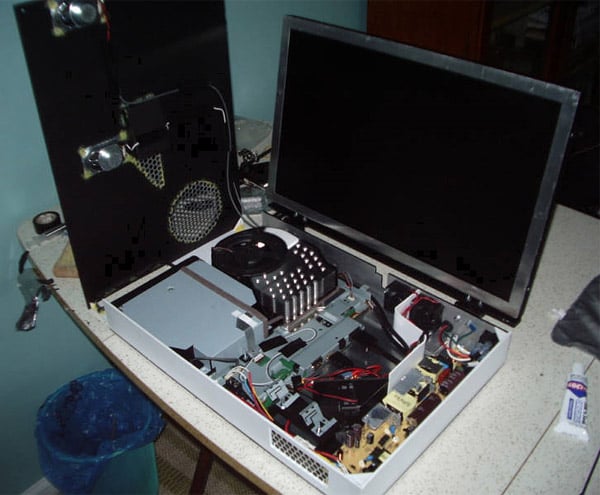 Here’s a video of low_budget’s PS3 Slim laptop in action:

Note that he improved the cooling fan after shooting the video, so it’s supposed to be much quieter thanks to a temperature-controlled fan.

The whole rig weighs in at a rather hefty 16 pounds, which puts it firmly in the “luggable” category. As a matter of fact, it weighs the same as the original Macintosh Portable. But this is way cooler than an old Mac 128k, dontcha think? You can bid on this PS3 Slim Laptop with a starting bid of $1099 (USD), or a Buy-it-Now price of $1499. low_budget says he’ll make additional laptops if you want to order one custom.