Breaking news! Three kids were harassed this past Halloween by an unidentified flying object. Its body was white and shapeless, it had a menacing expression, and it had rotor blades for arms: 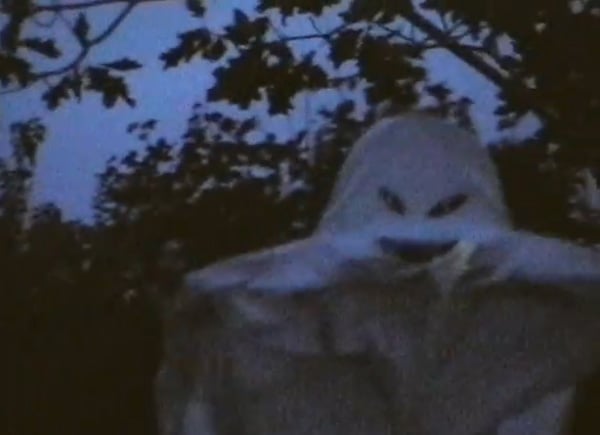 Creepy eh? Actually, that’s Mr. T, a robot made especially for Halloween by Michael aka Utah Aerials. Mr. T is based on the KKMulticontroller, which can be used to make small helicopters with up to 6 rotors. In Mr. T’s case he has two prop-tilt rotors driven by Turnigy motors. Mr. T’s spectral form hides the KKMulticontroller and a battery. Here’s Michael’s awesome video of Mr. T terrorizing his neighborhood:

Michael, next year I think you should try turning Mr. T into the Goblin Glider, then just place a Green Goblin figure on top. Then you go as Spider-Man and you can “rescue” the citizens from Green Goblin. But judging from your maniacal laughter I’m guessing you’d rather ride Mr. T and be Green Goblin.