It’s time once again to take a break from our regularly-scheduled news in order to welcome Chris Barr, the latest addition to the Technabob team.
Chris has been blogging for several years now, mostly writing about the latest gadgets, gizmos and games. In fact, he runs his own gaming news site, GamerFront. When he’s not sitting at a computer typing up a storm or playing the latest video games, he can be found attending classes at Indiana University or doodling. 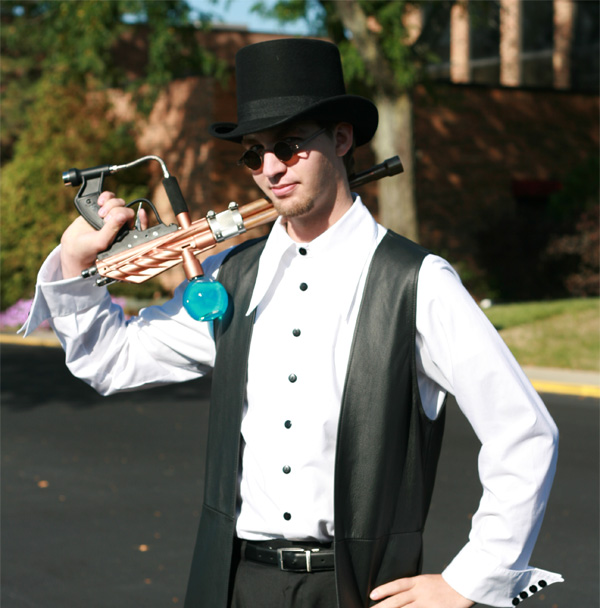 You might have noticed from the above picture that he has an unusual taste in fashion. He assures us that this isn’t his everyday attire (though it was suggested that this may be due to a lack of similar clothing). Rather, when he’s not trying to go for a Steampunk look or some other form of cosplaying at a convention, he’s pretty much a jeans and t-shirt kind of guy.