Unless you’ve been living in a cave somewhere, you must be aware that Microsoft has just released their Wii-competitor. It’s an accessory that works with your Xbox 360 and it’s called Kinect. What’s really interesting is how the Kinect works when looked at with an infrared camera. 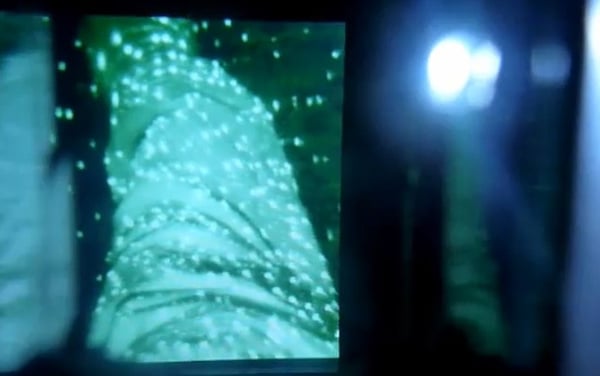 The video that you can see here shows that the Kinect fires out a series of IR dots into your room, so that it can determine and predict a pattern that it can recognize. The dots are also used to measure distance. It’s quite cool to see and the fireworks start off about a minute into the video. And before you freak out, let’s just say that Kinect throws out an uncountable number of IR dots. Pretty freaky.

It looks awesome, but I won’t get one. Not into that whole Wii thing, I’d rather just blow up stuff on the Xbox 360.