Griffin Slap: Lovechild of a Kids Bracelet and iPod Case

My daughter had this fetish for slap bracelets for a while. You could be just walking down the hall and she would run up and slap a bracelet around your wrist hard enough to leave a red welt. Those slap bracelets disappeared mysteriously later. Griffin has unveiled a new watchband of the latest iPod nano that uses that same slap bracelet tech.

The $24.99 Griffin Slap is yet another case for the nano 6G that runs the thing into an extra geeky watch. The controls of the nano are covered for the most part when the case is on. You can access the headphone port and the touchscreen functions. 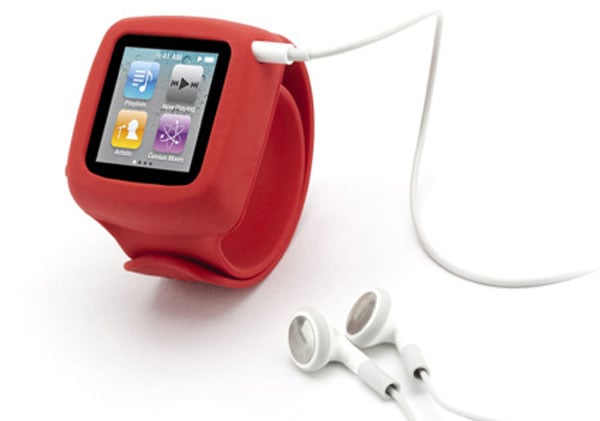 The edges of the case around the nano’s face are raised to offer protection to the screen. There are little nubs on the outside of the case showing you where to press for volume controls and such. You can get one  “soon” according to Griffin.