Okay, I’m really scared now. There is now a robot that is fully capable of deboning a ham – all on its own. Developed by the Mayekawa Electric, this automated ham-boning robot was designed to cut down on human butchers. 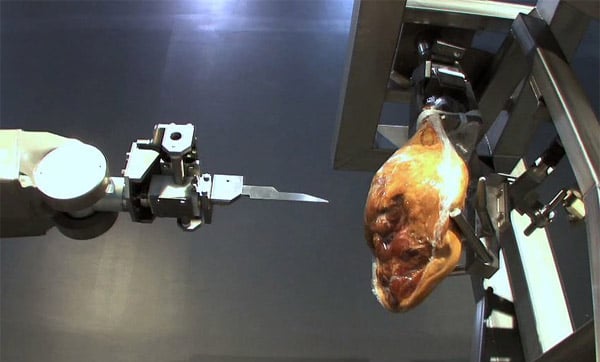 The HAMDAS-R robot can expedite the process of gutting you cutting your ham up into pieces. It’s such an efficient killing boning machine, that it can double the kill count productivity of a plant, allowing for the boning of 500 humans hams in an hour with just 10 workers, versus the normal 20.

Given the well known fact that pigs are the perfect human analog (I saw it on an episode of Mythbusters) All they need to do is combine HAMDAS-R with that NEC robot that thinks humans smell like bacon, and the end of the world will be nigh.