Oh Sony. Sometimes you act like Brando. Your first generation PS3s are much better than the latter ones in terms of features. I think aside from the latest iPod Nano, the PS3 is the only major electronic product I know of that devolved as the years progressed. Now there’s this oddball Bravia HDTV being sold in the UK, which comes with PS2 hardware, meaning you can play PS2 and PSOne games on the TV itself. 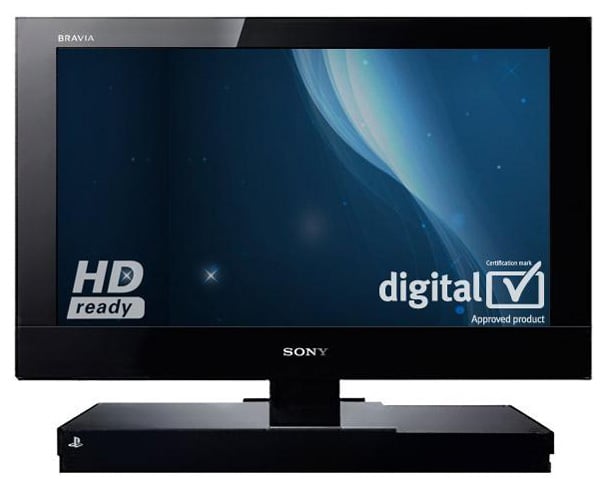 A few questions, Sony: why would you combine an HDTV with an old console that can’t take advantage of the high-definition display? Why not integrate a PS3 and a TV? A least this TV is only 1366×768 resolution, so it’s not a full HD set. And why won’t you just release a PS3 with a PS2 built-in?! You’ve got this whole amalgamation gimmick backwards.

But for gamers who are on the lookout for an HDTV for their rooms and have no PS2, this one is a no-brainer. The SONY BRAVIA KDL22PX300 is a 22-inch HD ready TV with 4 HDMI ports, Bravia Internet video, a couple of optical audio outs, and 2 USB 1.1 ports. And a PS2 built-in. For some reason. You can order it now at Richer Sounds for £199.95 (approx. $314 USD), which is actually a low price, considering you’re buying a Sony gadget.