If you’ve ever tried to shoot video with your iPhone, you know that while the video quality can be pretty decent, it’s almost impossible to get a truly steady shot when in motion. Sure there are apps which can improve the digital image stabilization, but there’s nothing nearly as good as a real Steadicam. Now, about a year after it was first announced, Tiffen has released a real Steadicam for the iPhone. 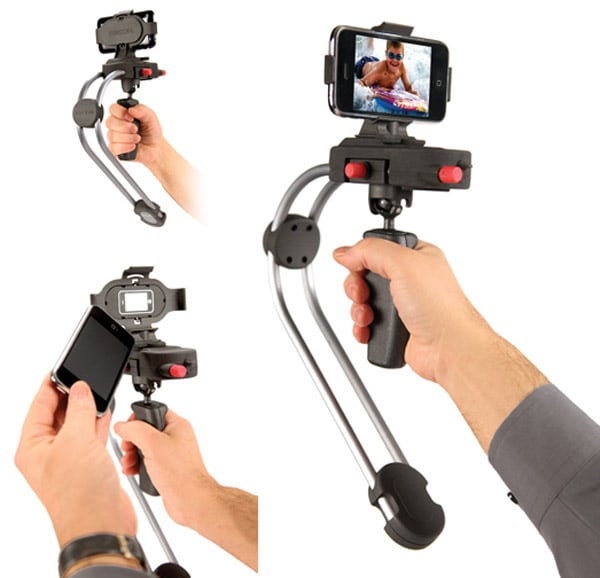 Based on the original camera stabilization technology found in professional Steadicam rigs used for television and movies, the compact Steadicam Smoothee offers your iPhone a smooth ride as you move around capturing shots. Here’s a video demo showing off the Smoothee in action:

Since the Smoothee has been in development for a while now, the first model to hit stores is designed for the iPhone 3GS, but they’re planning additional mounts for the iPhone 4, Flip Mino HD 60, Flip Mino 120, Flip Pro during Q1 2011.

And unlike pro Steadicam rigs, which can sell for $60,000+, the Steadicam Smoothee will retail for just $199.99 (USD). To get info on where to order yours, fill out this form. Expect them to start hitting stores sometime in January.