Don’t you hate missing a call because you didn’t hear the ringer? Usually this problem can be fixed by turning your cell phone’s ringer on. However, some people do still rely on landline phones for the majority of their calls. These people usually fall into one of two categories: the elderly, and those with poor cell phone reception. The former group is no doubt the one being targeted for this 95 Decibel Telephone Ringer. 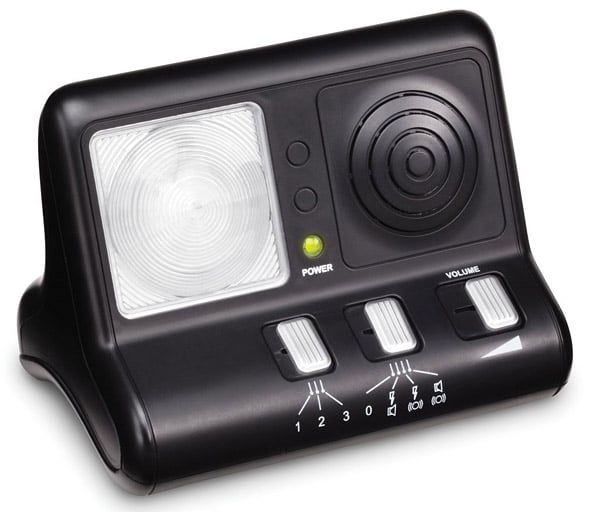 As you can imagine from the name, this device makes sure that no phone call goes unheard. It blasts out a ring that ranges from 80 to 95 decibels, which is enough to cause permanent damage to your ears with prolonged exposure. There’s also an LED that will flash brightly, just in case the sound doesn’t grab grandma’s attention. The device will set you back $50. Ear plugs (for those who can hear) sold separately.