Incipio Game Boy iPhone Case: No, You Can’t Have One

Retro gamers, here’s a fun way to wrap up an iPhone 4. It’s an iPhone case that looks like an old Game Boy. 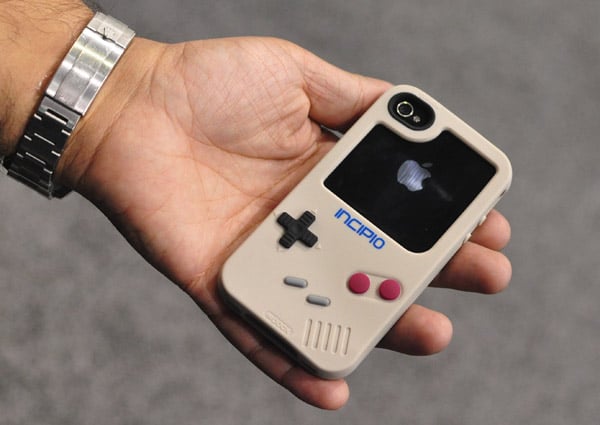 The guys at iLounge spotted this awesome Game Boy case over at the Incipio booth during CES last week. I’ve seen Game Boy vinyl decals and slip cases for the iPhone before, but I really like how this case has been embossed actual raised buttons and speaker details from the original handheld gaming system. As you can see from the pictures below, it certainly does nothing to protect the front of your iPhone from finger smudges. Yeesh, you might with to wipe your phone down before your photograph it, guys. 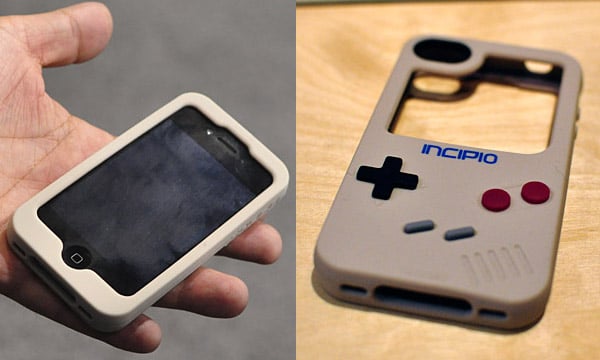 So the bad news is that Incipio doesn’t plan on producing these. They only made this one to show off their production prowess, and are worried about the lawyers from Nintendo shooting them down. Frankly, I think they should cut the Big-N in on the profits, and maybe they’d let ’em make these. I have a feeling they’d sell at least a few of them. For now, you’ll just have to admire the Game Boy iPhone from afar.