If you thought playing Super Mario Bros. was too easy, why not flip your world on its ear, and play the game backwards. No, I don’t mean starting the game on World 8-4, I mean really play it backwards. 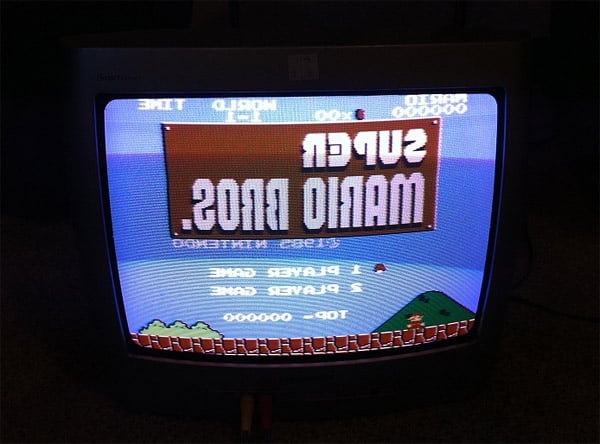 This clever hack by JJ not only lets him play Super Mario Bros. as a whole new game, scrolling from right-to-left, but any NES game can be played this way.

He pulled off the hack by reversing the horizontal deflection wires on a cheap old CRT television, and then swapping the left and right buttons on his NES joypad. After figuring out how to do it, it took all of about 30 minutes to instantly double the number of levels for all of his NES games. Try flipping your TV and controller upside-down now to quadruple the possibilities.