While this CD player isn’t as hardcore steampunk as the vinyl player we featured a couple of months back, the craftmanship is really great. Steampunker extracted the guts of a plain CD player and speakers and decked them in brass and wood. 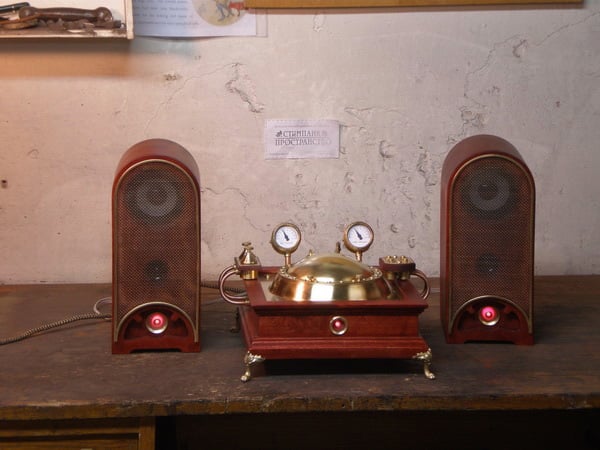 I’m not 100% sure, but judging from the pictures the gauges on the CD player seem to measure the output on the left and right channels. Here are more pictures, including the pre-steampunk case of the CD player and the speakers: 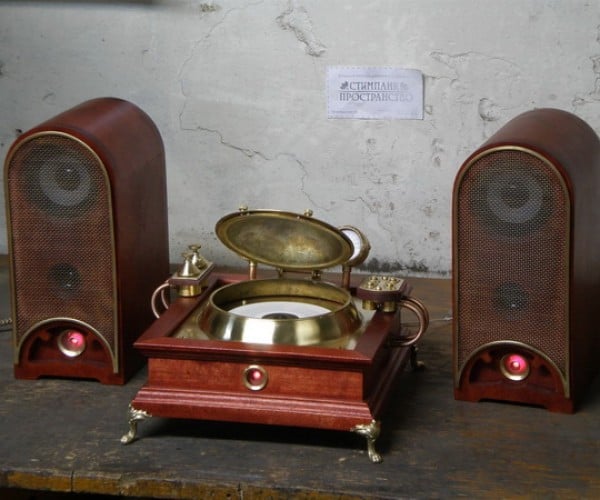 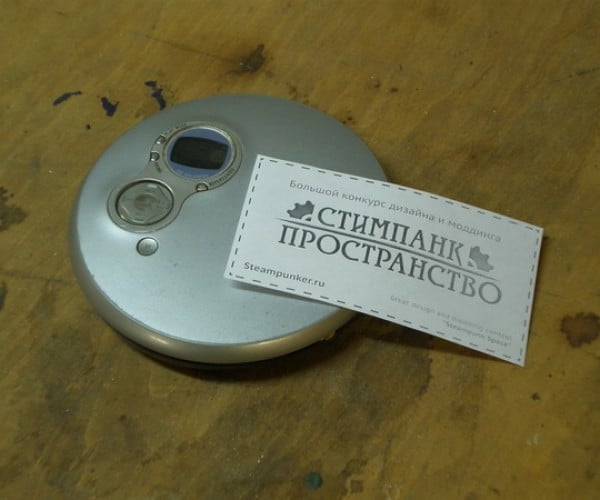 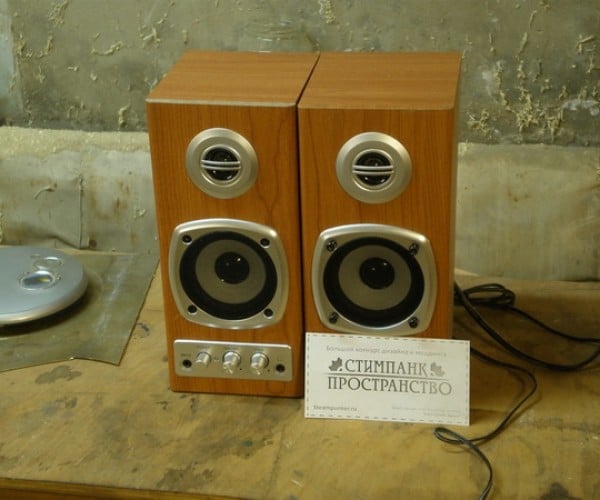 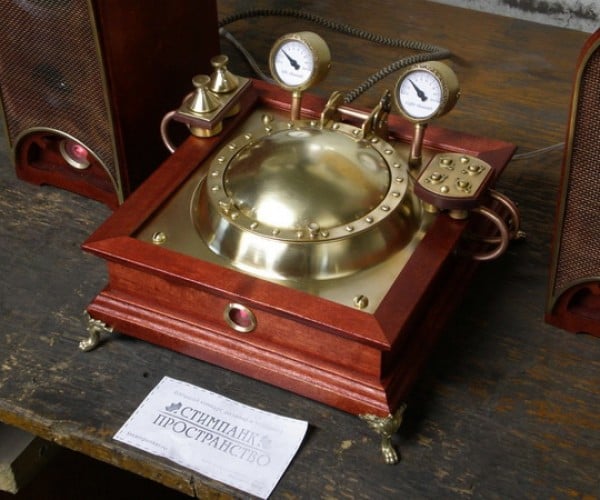 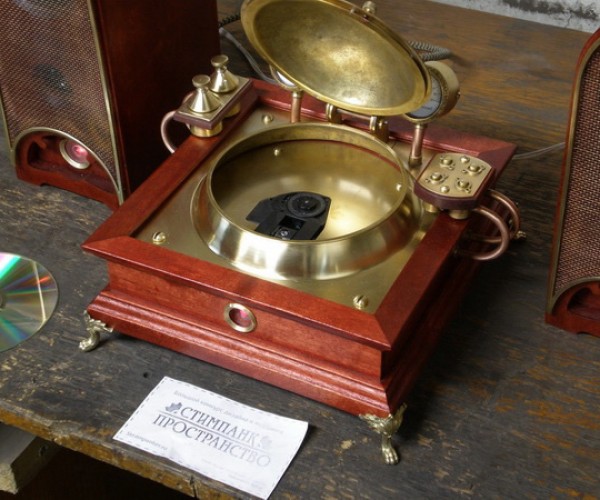 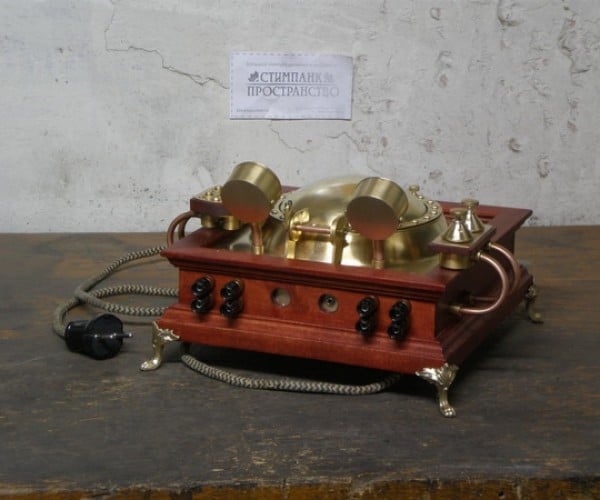 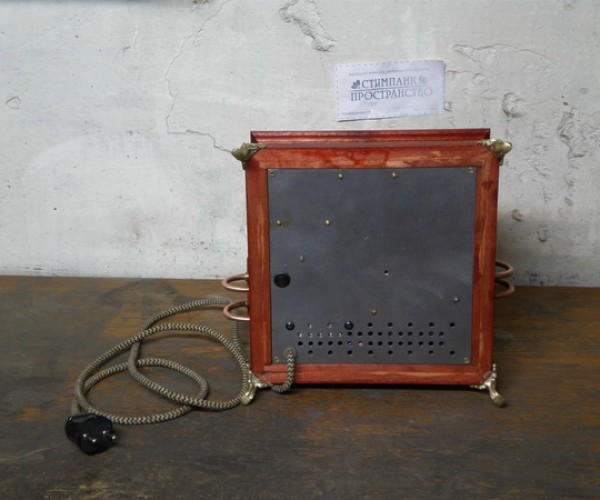 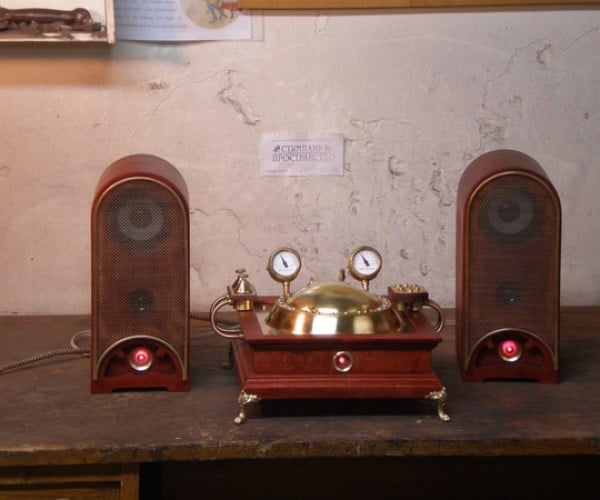 Check out Steampunker’s website for the detailed walkthrough. Aside from the instructions (originally) being in Russian, there’s a fair bit of Dremel action and woodworking involved. No steam engines though.