When I was a kid, I watched Sesame Street a lot, as most kids did. Elmo wasn’t on the show back then, but the little red guy is so popular now, he has all sorts of toys and got to stand closer to Katy Perry’s massive and fantastic vocal cords than I ever will. 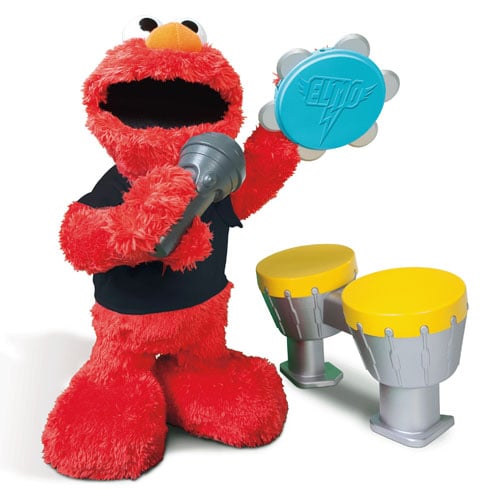 Elmo has popped up in another toy sure to irritate parents called Let’s Rock Elmo. Elmo has gone a bit Emo with a black shirt and he has six songs for kids to play. The toy sings with two new tracks and has three instruments.