This robot is probably too cute to be used as an effective security ‘bot, but it does have some interesting features for an educational robot. RURO the robot was designed to teach kids about recycling. 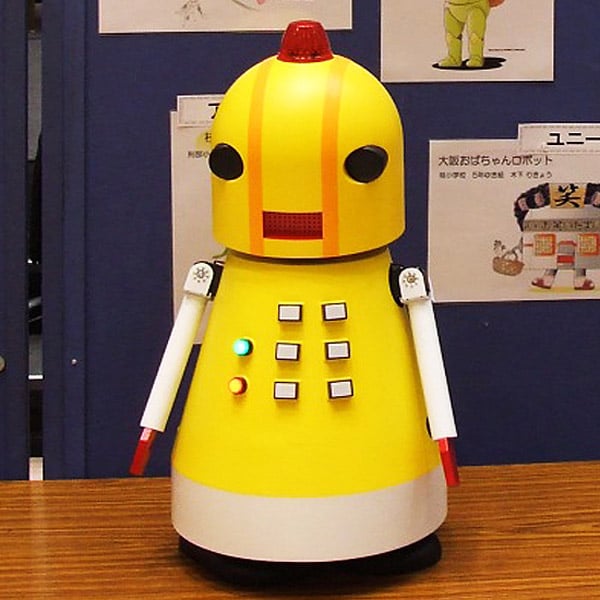 RURO was designed by grade-school kids and sponsored by Osaka’s business community. A contest to design the robot drew in over 1,600 submissions from 5th and 6th graders. It stands about 2 feet tall and can play recorded messages as greetings, too. On top of teaching kids, RURO has a built-in siren and spinning light to scare off any thieves that it detects.

While it may be able to detect thieves, it won’t be able to pursue them very quickly, and it’s definitely not imposing enough to ward them off anyhow.