I’ve never thought of combining the Terminator with Spongebob Squarepants, but that doesn’t mean that this combo doesn’t look good. 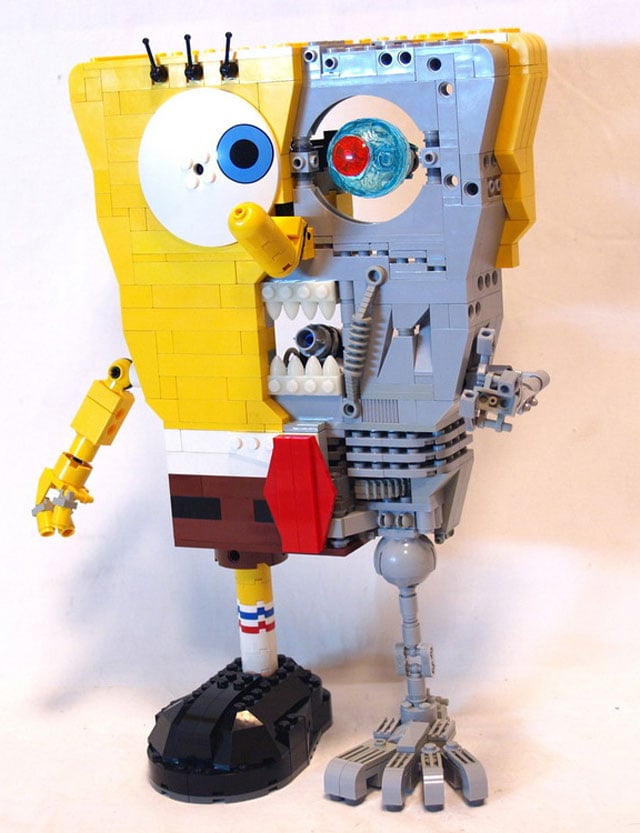 If the fact that the beloved Spongebob has been turned into a Terminator isn’t disturbing enough, when you flip it around, you can actually see that Spongebob Terminatorpants is actually a machine that’s meant to be driven by an army LEGO people. This unusual LEGO build was made by AFOL member Rack911 Haung, who clearly has an imagination. 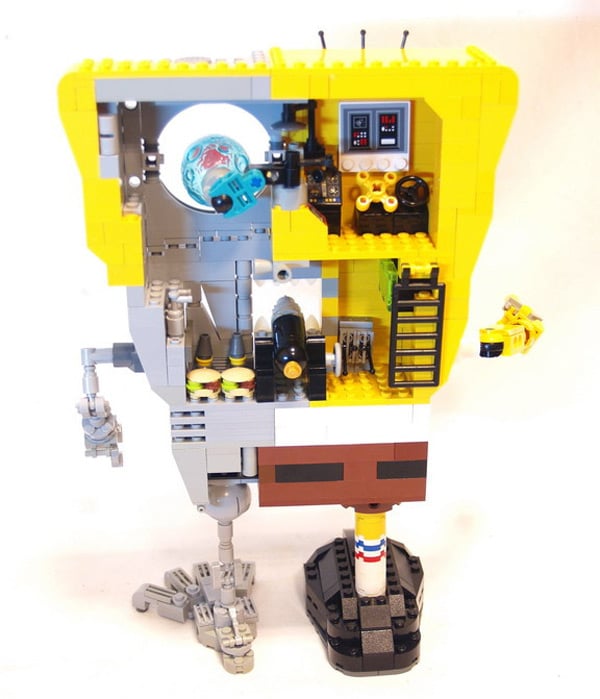 Inside, there’s a control room, watch room, weapons room and storehouse that can be accessed when you turn it around. Despite the weirdness of it all, I have to say that it put a smile on my face.