If you feel that your constantly deluged by news about celebrities, then this new browser add-on is for you. Silence of the Celebs is a Google Chrome extension that allows you to block and remove the headlines of certain celebs from news sites, such as CNN, The Huffington Post, and TMZ. 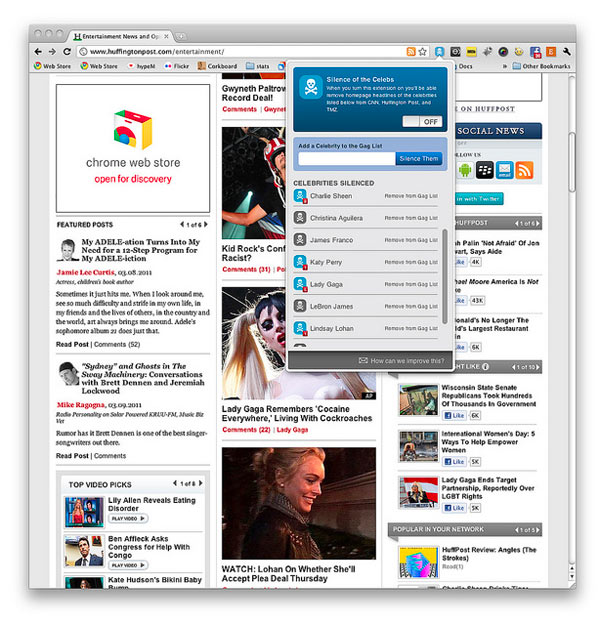 Users can add their own people to block on the list, but there is a default one included which has most of the big ones, including the recently added Charlie Sheen. Gesture Theory is behind this add-on and they plan on improving it so that it can block the headlines from any website. The first image shows how sites look without the blocker on. The second image below shows what happens when Lindsay Lohan is on the ‘gag’ list. Poof! She’s gone. 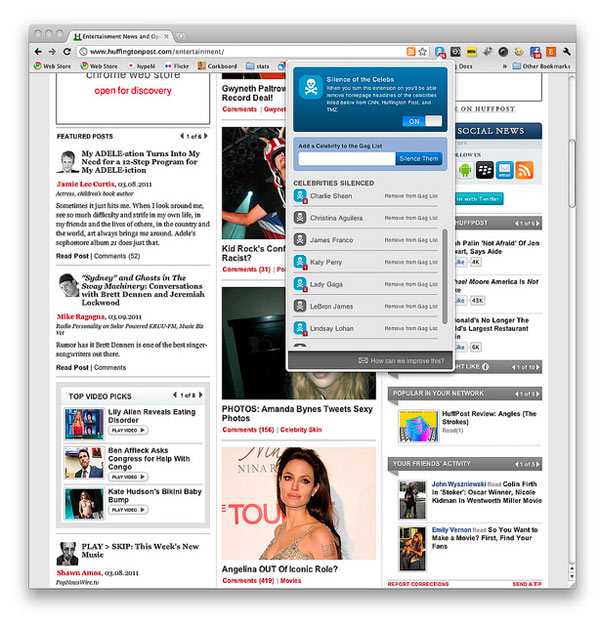 You can download Silence of the Celebs to try it out for yourself. If you’re suffering from Charlie Sheen or Lindsay Lohan overload, this might be swell for you.