I would imagine in a zombie invasion DIY geeks are going to be a sought after addition to any still-living crew looking to beat back the undead. This dude is going to have to redefine his machete-chunking slingshot though before the zombie apocalypse comes. Any one that has seen The Walking Dead knows a quiet weapon is a huge bonus, but you need to be able to reload fast since zombies hunt in packs. 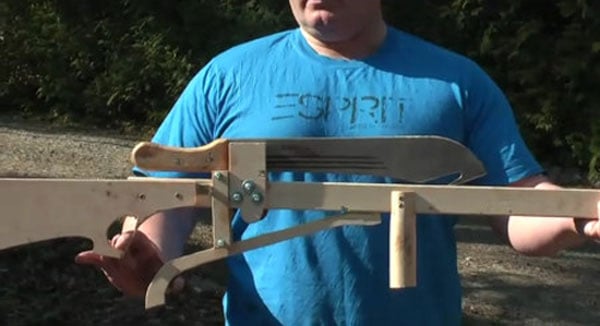 Joerg Sprave has created a scarily-thin looking weapon out of wood and surgical tubing that flings a machete at a target. The machete is apparently notched just for use with the weapon and would have a slow reload time. If I have ever seen an accident waiting to happen, this is it. The other use problem I have always seen with any blunt instrument or bladed weapon when fighting off zombies is splatter. 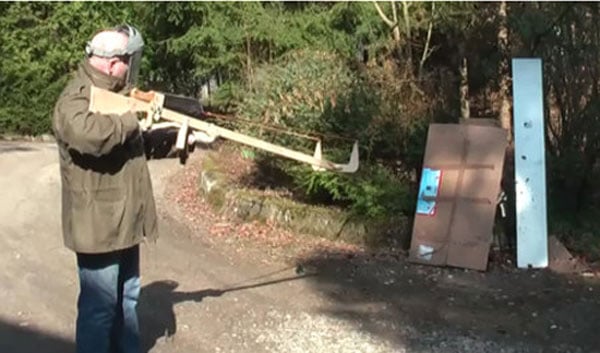 I think you would be among the infected quickly, having to pull a machete from a recently killed undead corpse. The weapon looks really cool, but I think there are some limitations. Watch those fingers, Mr. Inventor.