BREAKING: In a surprise move, rivals Apple and Microsoft put aside their petty differences, and today announced a new handheld gaming platform, combining the best of the iPad and Xbox 360 systems. The xPad 360 tablet will build on the core hardware of the iPad 2, but with an enhanced processor and graphics capabilities. 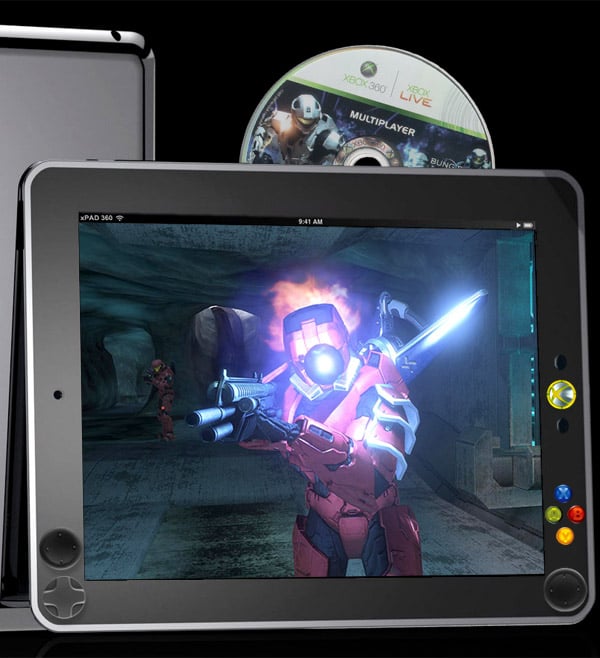 Leveraging major improvements in component miniaturization, the new xPad 360 tablet will be able to run all existing Xbox 360 games, plus games downloaded from the iTunes store. You’ll also be able to use Microsoft Points to purchase games from the iTunes store, however, due to Apple’s 70/30 revenue split, they’re only worth 70 cents on the dollar. (So 800 Microsoft Points will buy you $7.00 worth of games from the App Store). And while Microsoft has killed Zune hardware development, there’s word that the device will support both iTunes and the Zune Marketplace. And of course, there will be support for Xbox Live and the Xbox Live Marketplace. 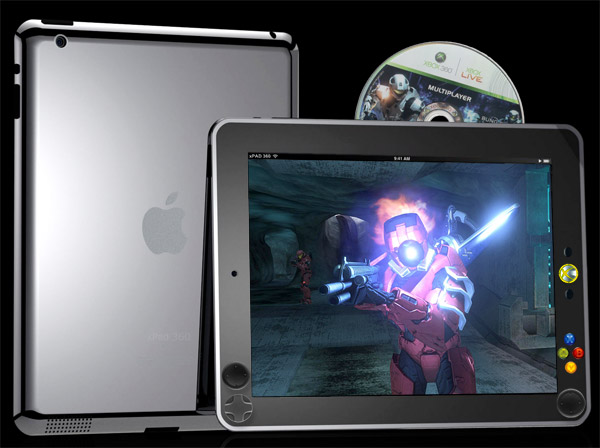 The specially upgraded iPad hardware will have built-in dual analog sticks, a D-pad and controller buttons, so you won’t have to use the touchscreen for Xbox 360 games. I can’t tell from the pictures where the shoulder buttons will go – maybe those will be replaced with on-screen controls. They also plan on including a slot-loading DVD drive for your existing game collection. The drive will add a little weight and thickness to the tablet, but they claim battery life will actually be even better than the stock iPad 2 thanks to advances in Lithium-ion technology. And with a built-in microphone and speakers, it’ll be easy to play online games with voice chat.

Apple and Microsoft haven’t announced pricing or a release date for the xPad 360 yet, but when we know, you’ll be the first to know. Oh, and one more thing…