Gun Flash Drive Will Get Your Files Confiscated By The TSA

Here’s a little gadget your best off leaving out of your carry-on the next time you go through the airport. It’s a flash drive that looks like a little gun. 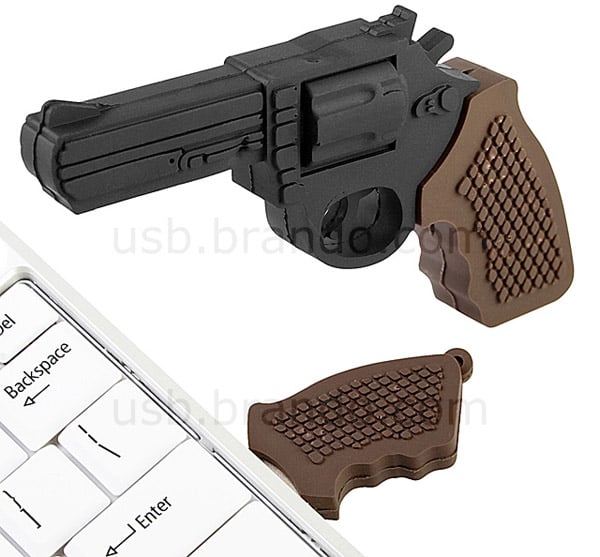 The USB Police Revolver Gun doesn’t fire bullets, though, and with capacities ranging from just 2GB to 8GB, it barely stores data either. Still, if you belong to the NRA, you’ll probably want one of these to carry your files around in.

You can grab a flash drive gun over at Brando for $17 to $32 (USD), depending on the storage amount. I actually think higher capacities should have been higher caliber weapons, but that would have been too clever, I suppose.