Compufon Smartphone Has Tablet and Netbook Add-ons, Wants to be Inside Every Gadget With a Display

If you think that the Motorola Atrix is a step in the right direction for mobile devices, then you should definitely keep an eye out for the Compufon. Made by Kosmaz Technologies, the Android-powered smartphone has both tablet and netbook modes. And this is not a concept; Kosmaz claims that the Compufon will be available by the last quarter of this year. 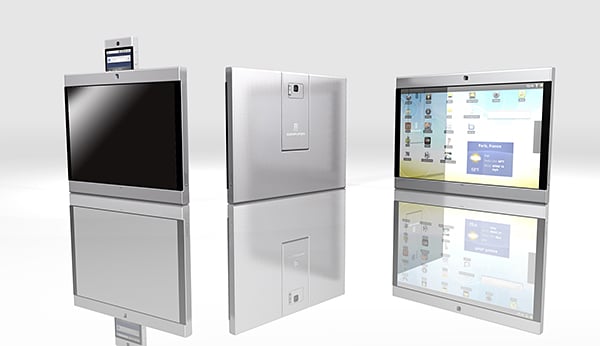 The picture above shows the complementary 10.1″ 1024 x 768 multi-touch tablet screen with the Compufon itself docked on its back. The phone will run Android, but it seems like Kosmaz is still figuring out whether to use Honeycomb or the upcoming Ice Cream. The Compufon will be powered by an Nvidia Tegra 2 CPU. Other specs include 16GB of flash memory, a 4″ 960 x 640 capacitive AMOLED touch screen, an accelerometer, magnetometer, proximity sensor and ambient light detector. 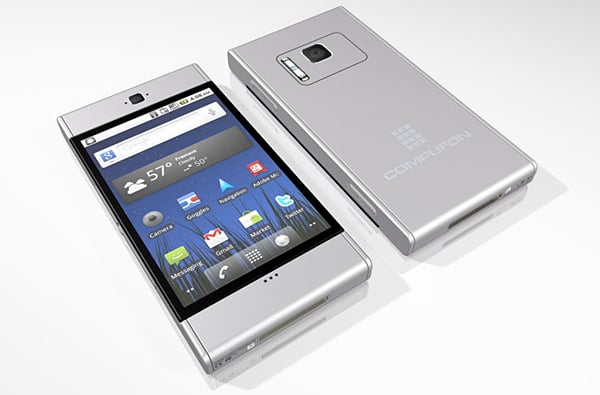 The phone also has a 5mp camera that can shoot video at 720 x 480 resolution and a front-facing VGA camera, A-GPS and an NFC chip. Going back to the tablet, as you might expect it doesn’t have a CPU of its own, but it does have its own rechargeable battery that Kosmaz claims is good for 11 hours of watching video, listening to music or browsing the Web on Wi-Fi, and 10 hours if a 3G connection is used to browse.

The tablet will also come with a Bluetooth headset, so that users can still make or receive calls even while the Compufon is docked inside the tablet screen. The headset can be stored in a discreet port on the tablet when not in use. The port also also allows for simultaneous charging of the headset and the tablet screen. 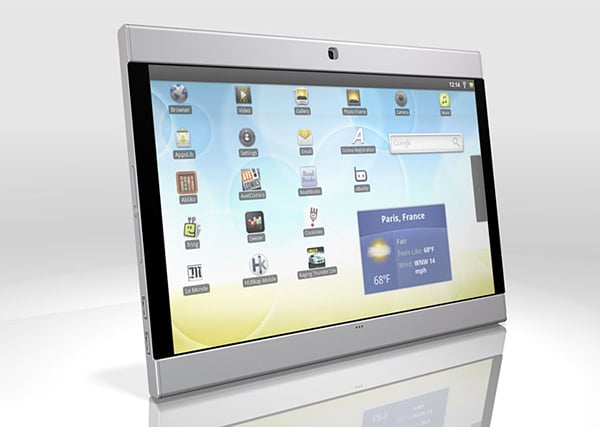 I’m sure some of you will have figured out by now how the Compufon “turns” into a netbook – yep, by adding a keyboard to the tablet screen. The complementary case with a built-in full-size keyboard has an opening in the back for easy access to the Compufon itself, and it has grooves in front so users can easily adjust the angle of the screen. 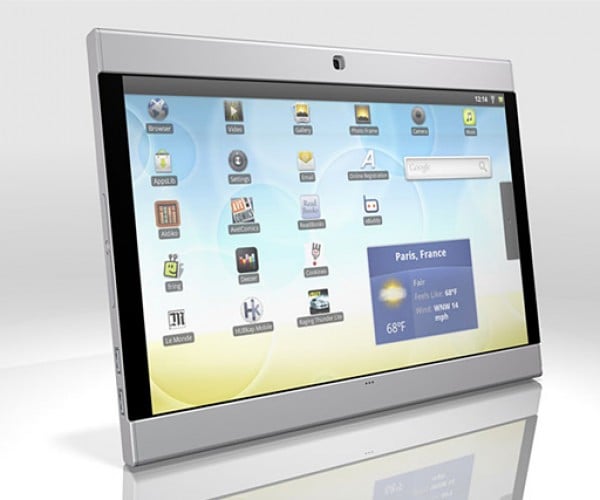 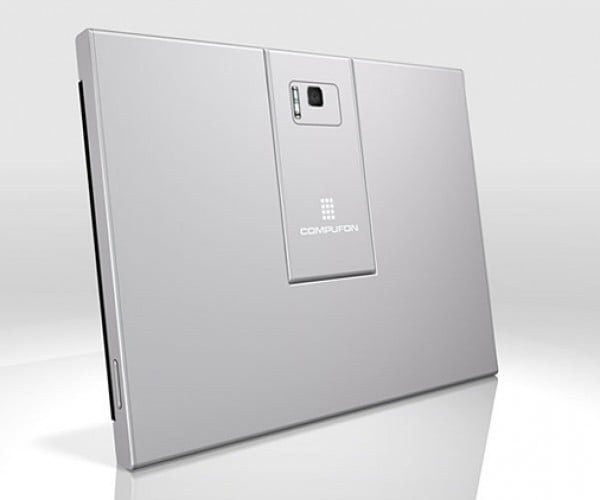 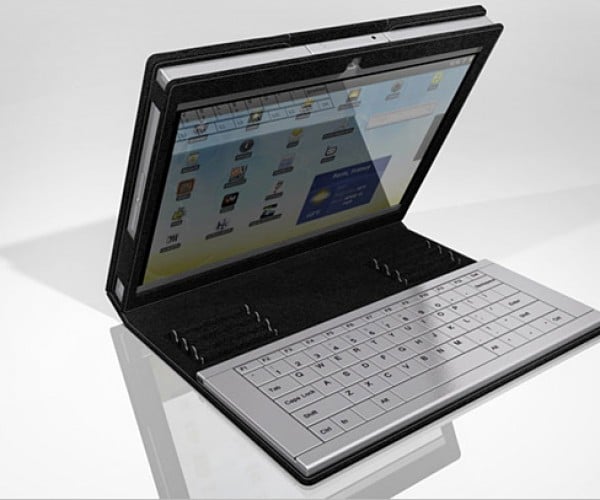 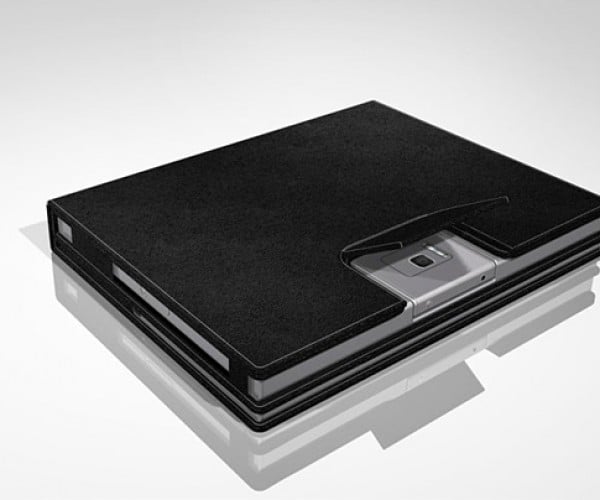 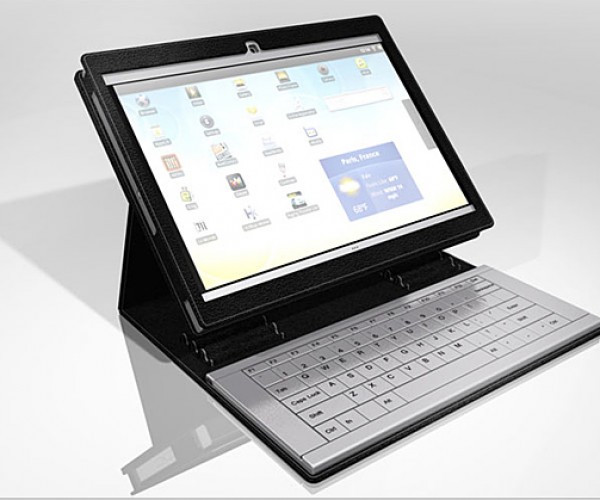 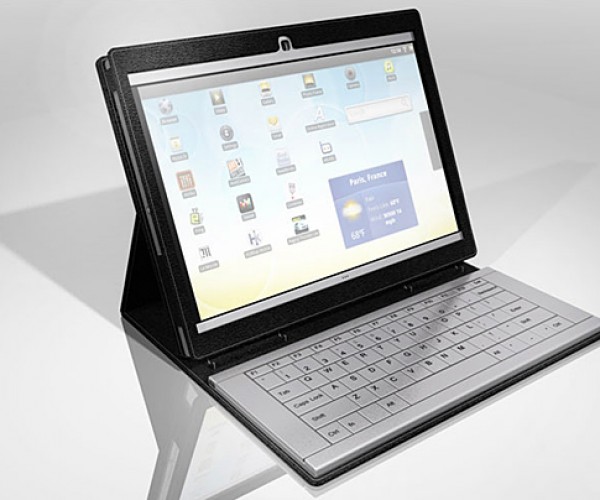 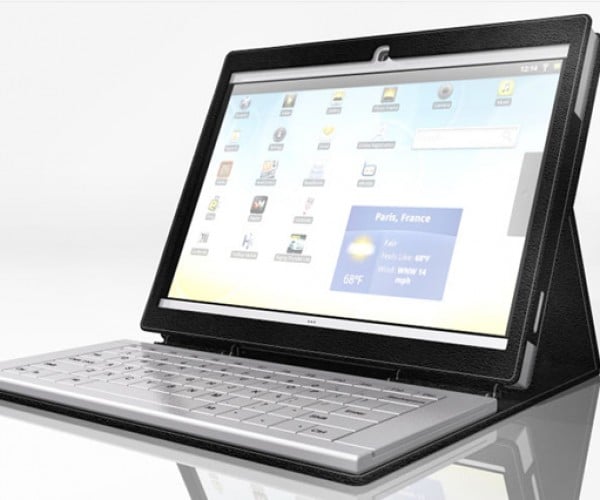 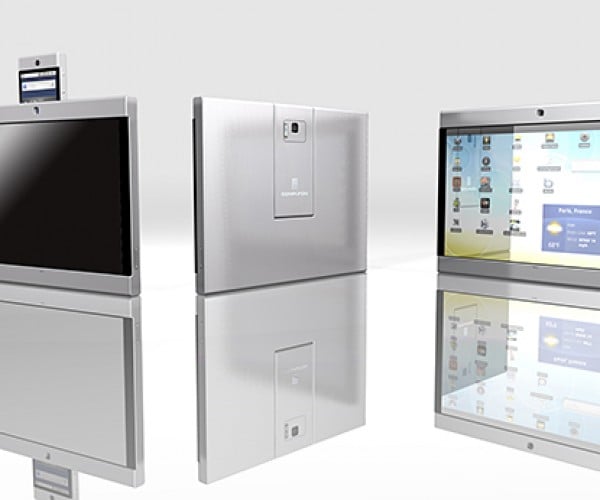 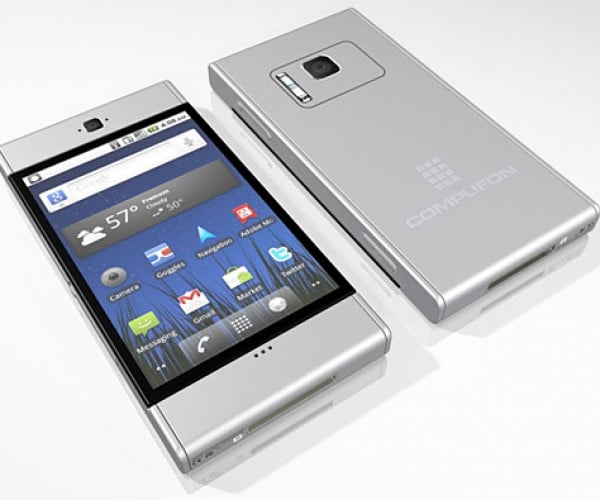 Overall the Compufon is a promising concept, which is why I can’t blame Kosmaz for looking ahead and envisioning a future where gadgets everywhere will have a dock for the Compufon – Internet-enabled TVs, in-car computers or in-flight entertainment systems. It’s not even that hard to imagine some companies foregoing full desktop PCs for dumb screens with docks for the Compufon (or a similar device). Of course we’ll still have to wait and see the actual device in action, but overall the only thing I don’t like about the Compufon is, well, “Compufon”. But Kosmaz still have several months to come up with a better name if they want to. Check out the source link below for more info.