Awesome Jaguar C-X75 to Have Gas and Electric Power, 800 Horses

Jaguar has announced that it will be building a small limited edition run of the C-X75 supercar. This car turned up as a concept about a year ago with electric motors in each wheel and jet engines. The car has shed those jet engines and gained a turbocharged four-cylinder engine. 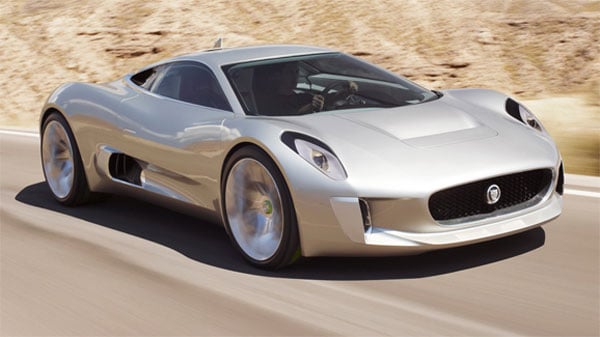 Jag will make the cars for the UK only, and the gasoline and electric motors combined will produce 800bhp. That will be good enough for 0-62mph in three seconds and 0-100mph in six seconds. The top speed will be 200mph. The body is made from carbon fiber and it will be very green.

A $3,400 Leather Rat Bag: For The Rat Catcher Who Has Everything
Advertisement