While this scenario has been explored before, it’s the first time that I’ve seen something that might actually work well. The laptop becomes a dock for your smartphone and your tablet, allowing you to seamlessly use different devices without having to sync them. The Bento Book concept goes even further. Without the mobile devices, it’s just a dock. It actually needs the mobile devices to actually become a laptop. 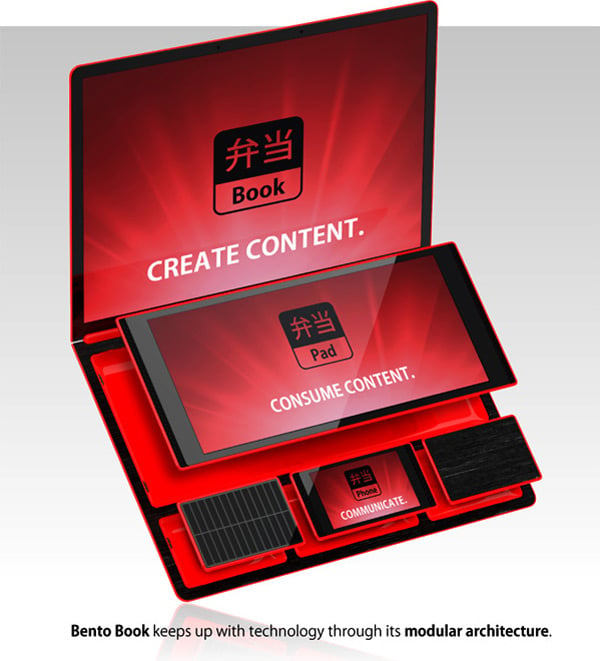 The design looks futuristic, but the overall specs are within the realm of possibility. Designed by René Woo-Ram Lee, the main laptop has got a 15-inch OLED screen. An 11-inch tablet sits where the keyboard should be. A 4-inch smartphone sits where the trackpad should be. This is all possible, though I don’t know how easy it will be to use the tablet as a keyboard. In my experience, I prefer a tactile response, just like many other touch-typists. 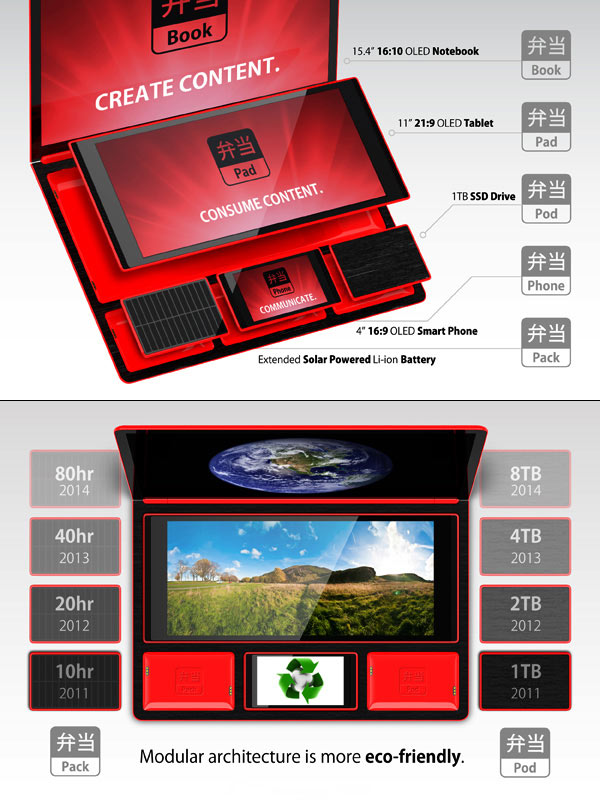 But that doesn’t stop this concept from being compelling. Only time will tell if we’ll see something like this. My guess is no, especially not for Apple devices. 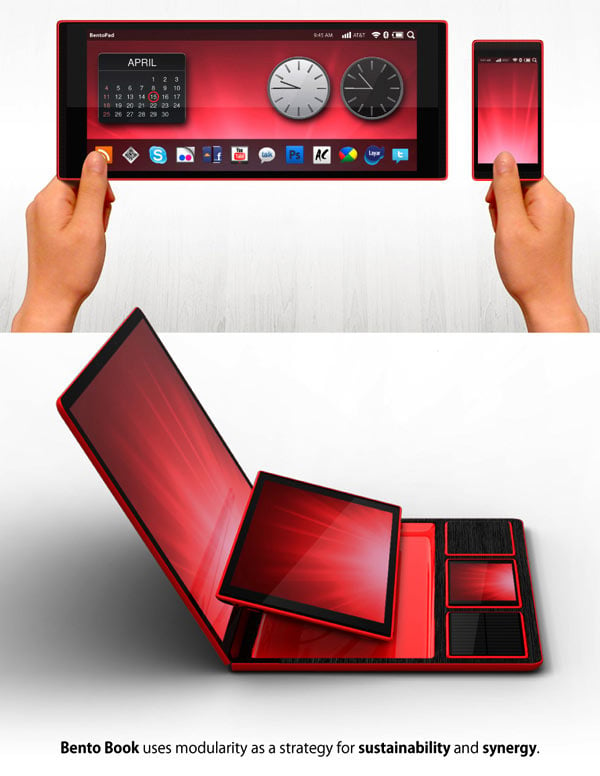 In fact, the concept design has some Fujitsu branding, which is normal since it was created for a Fujitsu design award. 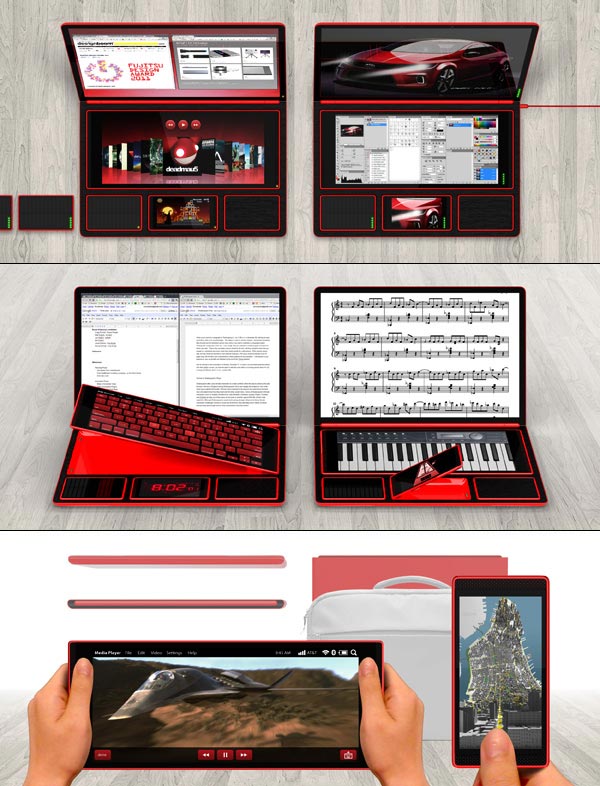