LED Eyeshadow: The Future of Makeup?

Putting on makeup can be a real time consumer for women. In order to save time, some women have even gone to the extreme step of having their makeup tattooed on. I can see where it would be a real time-saver even if changing colors would be a big problem after a tattoo. 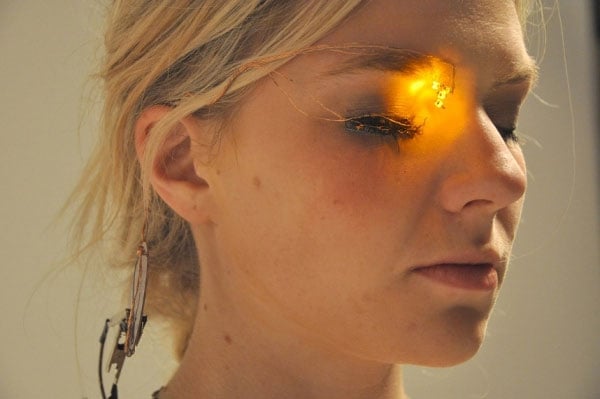 In the future makeup might not use powders and paints; it might involve LEDs and wires. Designer Lulin Ding has developed an LED Eyeshadow concept that puts small lights in the corner of the eye. The designer says that the light essentially paints the eyelid with color. 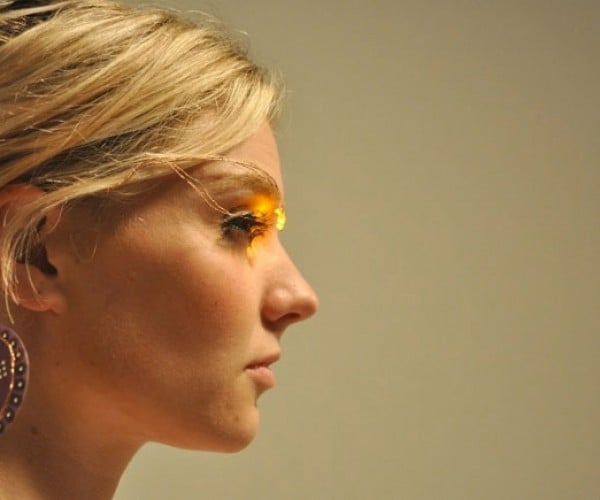 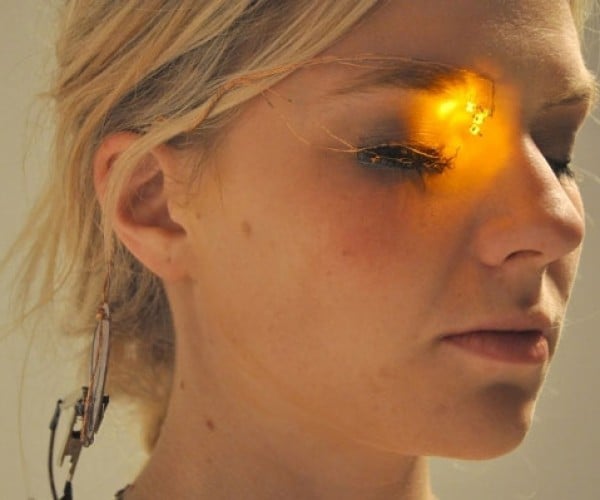 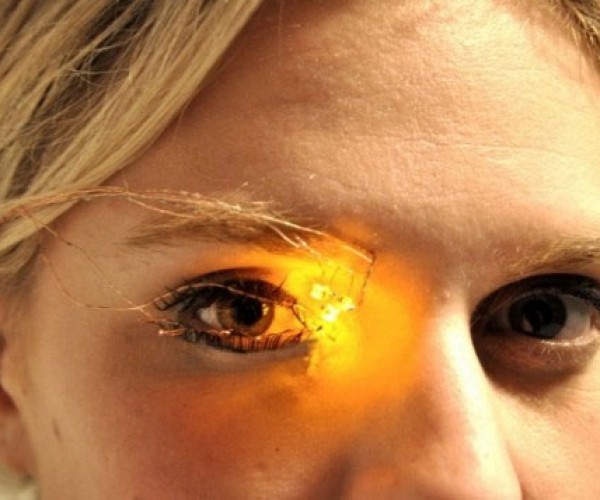 The LED lights stick in the corner of the wearer’s eye, and then the wires that power them run over the eyebrow and behind the ear. The round thing hanging behind the ladies ear in the pictures is apparently the electronics and power source needed for the lights. I expect to see something like this on a pop star like Lady Gaga someday soon.