A pair of decorative pistols was snatched up at a Christie’s auction last May. Instead of shooting bullets, a bird pops up in each pistol when their triggers are pulled. Sounds like a pair of lame toys right? Certainly not worth the $5.8M (USD) that the anonymous buyer paid for them. Wait ’til you see them though. 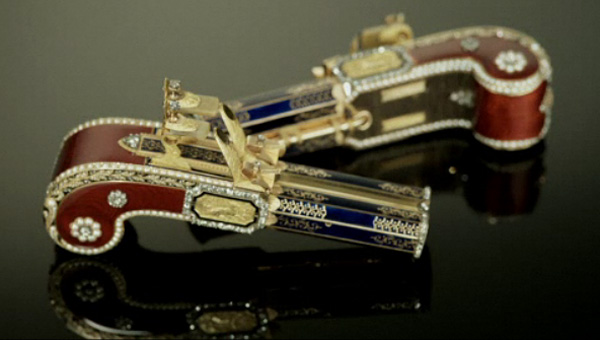 Attributed to Freres Rochat, a 19th century Swiss workshop specializing in automata, these “Singing Bird Pistols” are not only extremely rare – they are feats of craftsmanship and engineering.

The pistols sold for $5,841,610 on May 30, 2011, a price tag that Christie’s claims is the “highest result for an individual lot sold at any watch auction in Asia”, although I’m not sure why the pistols were included in a watch auction.