Anyone that owns a gadget of any sort wants the thing to have the longest battery life possible. Batteries that can pack in more energy is the way many of us expect tech to evolve. You can also get batteries that charge faster making them easier to live with and if we can reduce the power the gadgets need, they will run longer with smaller batteries. But there is more to look forward to than larger batteries alone. 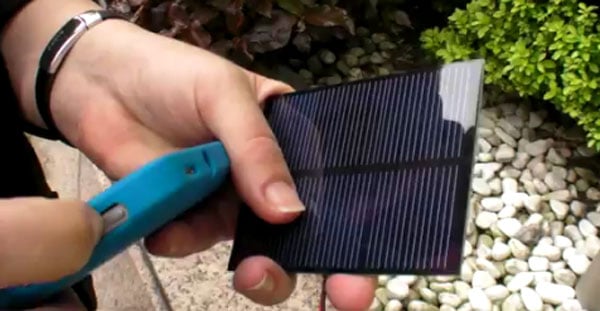 Perhaps the best solution for powering our gadgets would be a combination of battery tech with solar power. Pixel Qi is best known for making screens that are easy to read in direct sunlight, with minimal power. The company was at Computex 2011 showing off a very impressive tablet platform that can run strictly from the power of the sun.

The system uses a small solar panel that reportedly costs about $3 to purchase. That little panel produces 1W of power. That single watt is enough juice to run the Pixel Qi screen and the ARM-based motherboard as well. That would mean with a tablet using that hardware and drawing no more power than the 1W the panel makes could run as long as the sunlight holds out. In some parts of Alaska that could be half the year without a recharge.