Japanese design studio Powershovel has come up with a camera worthy of challenging the CHOBi mini cam for the title of World’s Most Easily Lost Camera. The CLAP digital camera measures a mere 1.4″ x 2.8 x 0.59″ and weighs only 24g. I also prefer its simple design over the CHOBi’s chunky dSLR look. 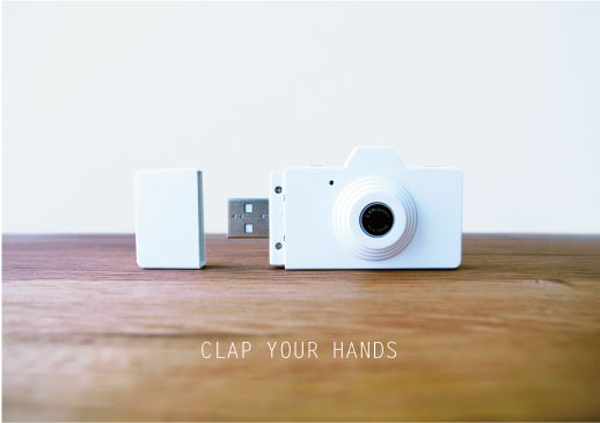 The CLAP has a 2-megapixel F2.8 (3.2mm) lens. It can shoot images at 1280 x 1024 resolution, saving them as JPEG files, and video at 720 x 480, which are saved as AVI files. As you can see it has a built-in USB 2.0 connector that is used both to export files as well as recharge the camera’s internal Li-ion battery. It also has a microSD slot (supports up to 16GB) for saving stills and videos on the go. No, it doesn’t have a viewfinder, but even if it had one it wouldn’t be of much use anyway.

The CLAP digital camera is available on Amazon in six different colors for $49.95 (USD) each. If you’re going to get one I strongly recommend that you get hold of a 1mm piece of string, rope or cord and make use of the camera’s strap hole.