LEGO Imperial Shuttle is Every Bit as Impressive as It Looks

You’ve gotta hand it to serious LEGO builders that they can really create impressive stuff with those little bricks. This LEGO Star Wars Imperial Shuttle is my current favorite. Wait, what’s that you say? It’s not a custom build job at all, but an official LEGO kit that any of us can build? Awesome. 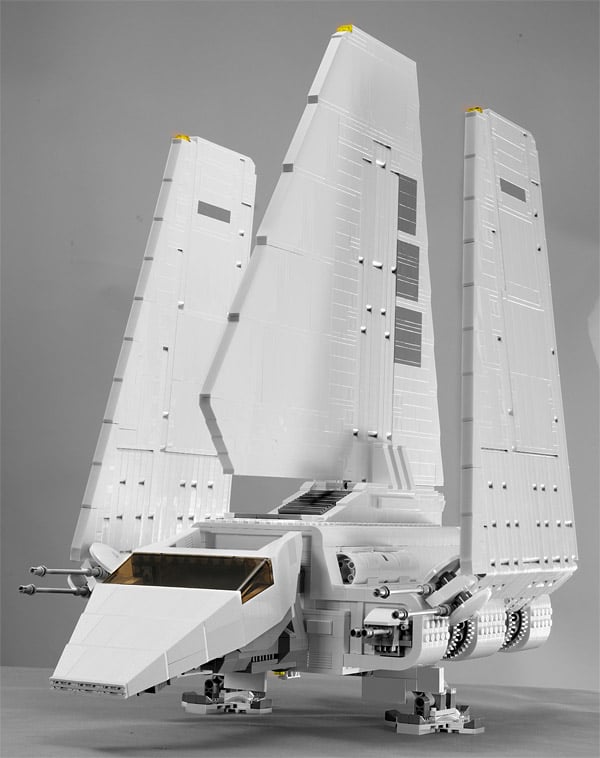 LEGO released this 2500+ piece Lambda-Class T-4a shuttlecraft a few months back, and it’s truly a feast for the eyes. It offers incredible detail, and is built to be to perfect scale for your Minifig Empire. Oh, and if you don’t have any Minifigs, don’t fret, your investment includes Darth Vader, Shuttle Pilot, Imperial Officer, Stromtrooper, and Luke Skywalker in the box. 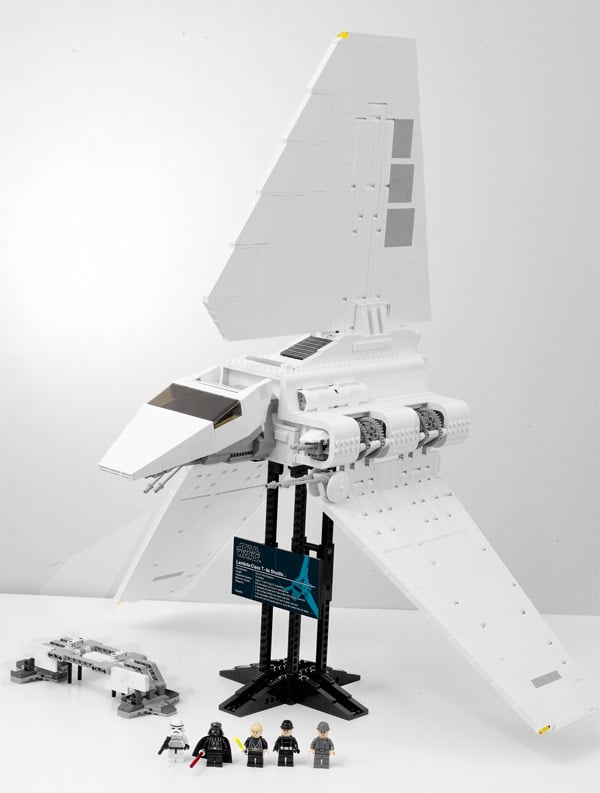 When completely assembled, it measures 28″ tall (on its stand), and 22″ wide with its moveable wings fully opened. Yeah, the wings open and close, and even have rotating wing cannons. You can even open up the cockpit to seat your crew.

You can get your grubby little mitts on the Star Wars Imperial Shuttle over at Amazon for $259.99 (USD). 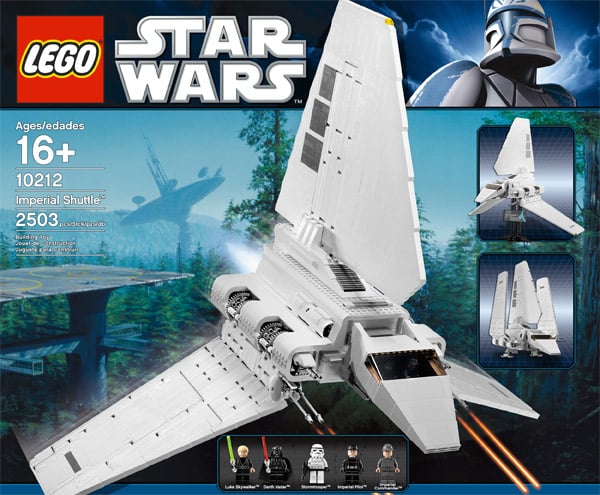