The flashlight repulsor beam blaster was cool. Patrick Priebe’s Laser Glove Mk III is hot. Priebe, a laser enthusiast and Iron Man fan, has been developing a palm-mounted laser using consumer-grade parts and a bit of metalwork. This is the latest version of his project. 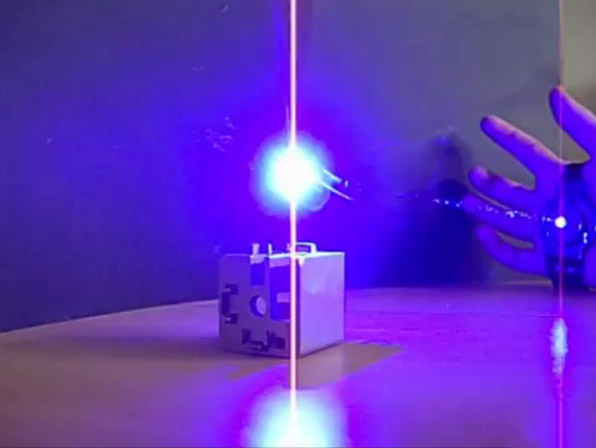 Just like Stark, Priebe built his dangerous toy by hand. It uses a laser diode from a Casio projector, mounted to a brass housing that Priebe made just for the glove. Two Li-ion batteries provide enough power for about an hour of lasering. So how dangerous is it? Here’s Pop Sci’s take on the Laser Glove: “In the U.S., the maximum strength for consumer laser pointers is typically five milliwatts; Priebe’s handheld laser is 1,000 milliwatts, enough to instantly blind anyone not wearing special safety glasses.” Yikes.

Priebe is actually taking orders for the glove, although I don’t know how many units he plans to make and how much he’s asking for one. Just drop him a message on his YouTube channel for details. And get a pair of those special safety glasses will you?