I know it’s not the first time I’ve said this, but I really admire steampunk artists and designers who come up with such ingenious yet fully-functional creations.

Case in point? This Steampunk plasma speaker that produces sound because of a small electrical discharge inside a glass tube. 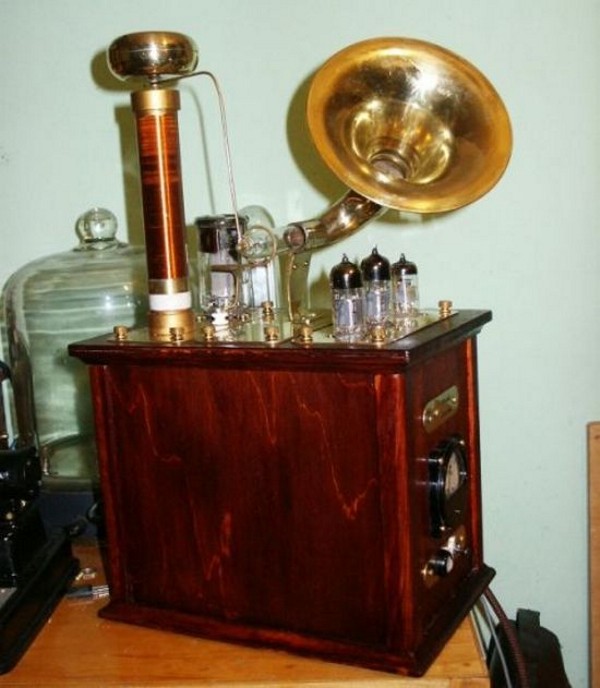 It sounds pretty complicated, right? It’s probably not something that we ordinary folks can come up with, but it sure wasn’t that tough to figure out for Polish artist Conscious Flesh. (In case you’re wondering, no, that’s not his real name; that’s just his YouTube handle).

The Steampunk plasma speaker is actually a small, audio-modulated VTTC, which stands for Vacuum Tube Tesla Coil. The sound is produced in the large glass chamber that’s connected to the horn, which improves the low-frequency speaker response as you play your music.

Check out the video below of the speaker while it’s hooked up to its maker’s equally Steampunk MP3 player: