This is one of the cooler LEGO projects I have seen, and if you are really into heavy metal or Dungeons and Dragons this is the project you will want to try and recreate. Just don’t burn your house down playing with the thing when you are done building. The project is a cool dragon with his rail wrapped around a little egg looking shape. 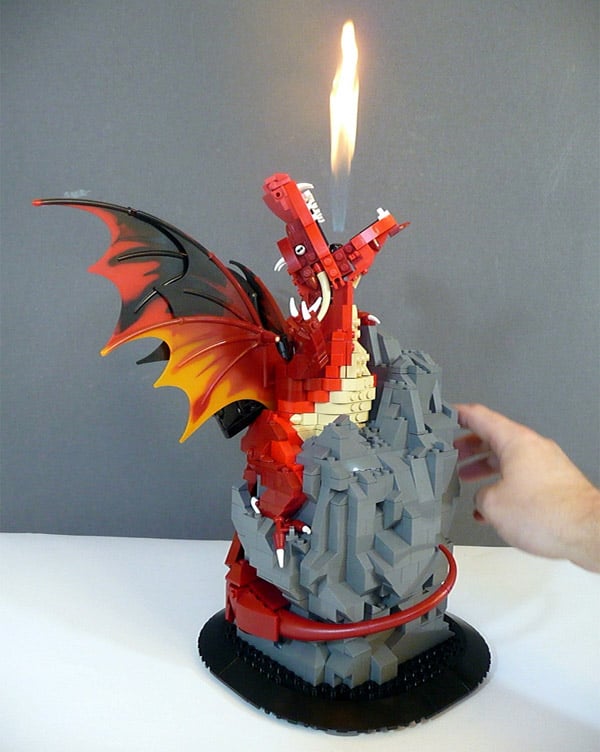 The dragon was created by Aaron Amatnieks (aka akama1_lego) and is red and its wings have a nice flamejob. It looks so cool to begin with, but the best part to me though is that the dragon actually breathes fire out of his mouth.

The video about the thing doesn’t actually show how the lighter is integrated. I am betting that the flame-spewing dragon uses one of the long lighters that you use for candles or starting a fireplace. It appears that a switch on the side of the grey egg triggers the flame. Honestly, I am not sure if that is an egg or if the dragon is supposed to be in the middle of tearing down a castle wall. Either way, it’s the coolest cigarette lighter you’ll see today. 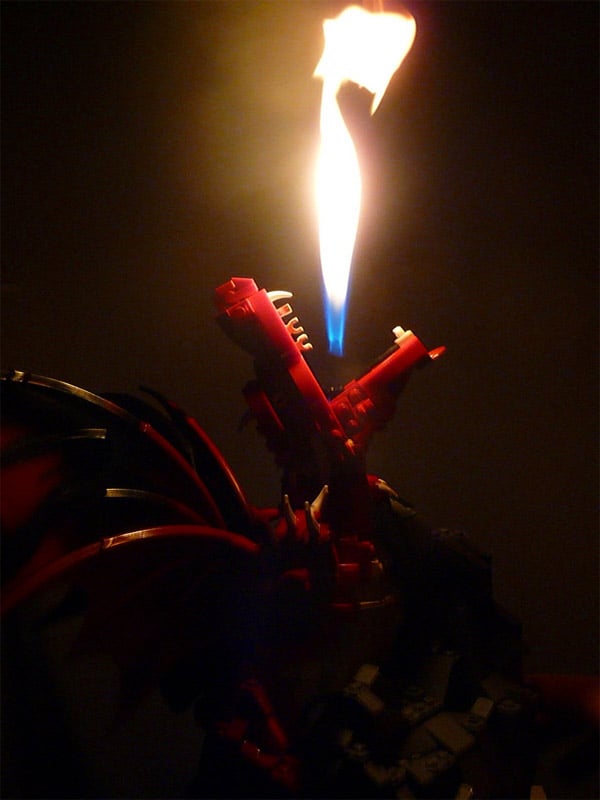